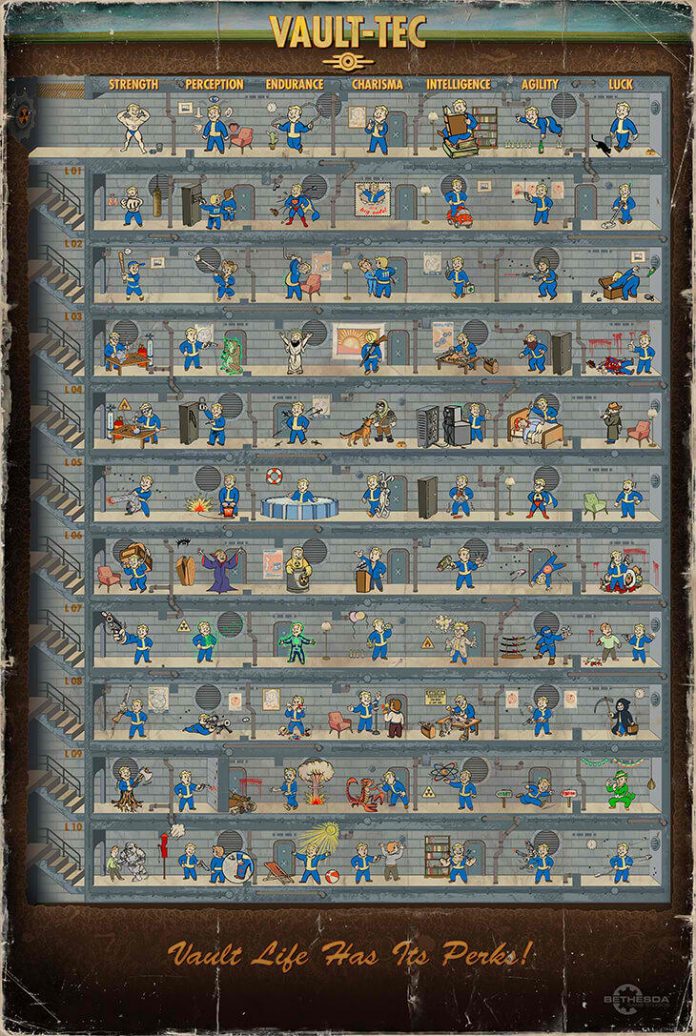 Bethesda Game Studios’ latest and much anticipated offering, Fallout 4, also called the most ambitious Fallout game ever, just got its official game file size revealed, at least only for the Xbox One version.

As the official Xbox Store page for the game got updated, it was revealed that the entire Fallout 4 game will only consume 28.12 GB worth of hard drive spaceas noted by gamers, a pretty small size for a seemingly highly ambitious title.

In other news, Bethesda detailed in a video the game’s character system. As narrated by series executive producer and game director Todd Howard, the video explains that there are seven S.P.E.C.I.A.L. attributes, and a further 10 more per S.P.E.C.I.A.L. according to their rank.

“If you have the value, you can choose it,” explains Howard. “So if you come out of the Vault with ten charisma, you can pick the intimidation perk that lets you manipulate and control other people.”

Every physical pre-order copy will come with the Fallout 4 Perk poster for free.

In a previous report by GameRant, the game director talked about the game’s new economic system. “The main gist of it is that we have all this junk around the world, so it sort of started like if you looked alchemy in Skyrim, but imagined that was on everything,” he said.

“The stuff at the beginning of the game that you would think is just crap and laying around, you would then realize, ‘Oh, I need the baby bottle, because it has X’. . . . You realize that, like, adhesive is [an] important element for building a lot of things, and you realize actually, duct tape and glue tend to be more valuable than grenades. It also causes this very interesting economy in the game where traditionally you would pick everything up and just sell it, and now you pick it up and you say, ‘Well, I can make this out of this, or I could make this out of this, or maybe I do wanna sell it.'”

The Fallout 4 the collectible art book, The Art of Fallout 4, will also be released alongside the game’s release. The art book is the result of Bethesda’s partnership with Dark Horse Comics. The highly collectible art book will contain never-before-seen concept arts for the gamefeaturing locations, game environment, characters, as well as in-game items. The art book will also include messages from the developers over at Bethesda.

Fallout 4 will be available on November 10th for the PS4, the Xbox One, and PC.

GoPro Hero 5 news: details of rumored specs; is delay due...