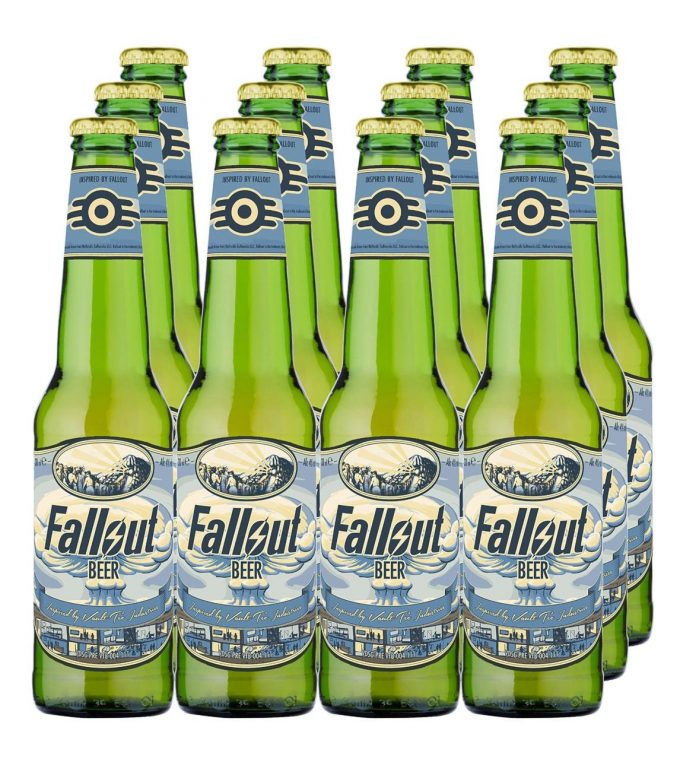 Now that Fallout 4 is only weeks away from its much awaited release, what better way could there be to celebrate the arrival of the new game and yet more long hours of gameplay experience than a… Fallout beer?

In a report by GameSpot, beverage company Carlsberg and Fallout 4 game developer Bethesda have collaborated into making into reality a beer that is inspired by the Fallout series. Simply called “Fallout Beer”, the beer packaging depicts a nuclear explosion event, then a mass of people heading to a vault. It has the subtext printed: “Inspired by Vault-Tec Industries”.

The Fallout Beer is now available for pre-order via Amazon, and will start shipping five days before Fallout 4 releases, on November 5.

Carlsberg describes the Fallout Beer as a drink brewed “using a unique blend of malted barleys combined with selected hops,” carrying with it the flavor of “a refreshing zesty hoppy taste and a floral aroma”.

Another Fallout 4 merchandise is the Vault Boy sock, a pre-order exclusive from retailer Best Buy. The Fallout 4 Gold Edition Bundle comes with exclusive socks with the patterned design of Vault Boy, the official mascot of the game’s Vault Tec Corporation.

The Gold Edition Bundle also includes, along with the main game, a Fallout 4 Season Pass. The Season Pass entitles the owner to free DLC updates everytime they become available, whereas non-holders of the Season Pass will have to buy each DLC pack on their corresponding prices.

While the Season Pass is now up for purchase, Bethesda has not yet announced any concrete DLC plans for the game. The Fallout 4 Gold Edition Bundle is available for the PS4 and the Xbox One editions of the games, and can be pre-ordered for $84.99 per package.

In other news, Fallout 4 recently went Gold! When a games goes “Gold”, it means that the developer has completed the development process of the game and is now ready for release. With this, Bethesda announced via Twitter that they have finished the core Fallout 4 game, and even boasted the 27 initial game disc packages for the Xbox One, PlayStation 4, and for the PC.

Fallout 4 will be available on November 10th for the PS4, the Xbox One, and PC. Every physical pre-order copy will come with the Fallout 4 Perk poster for free.