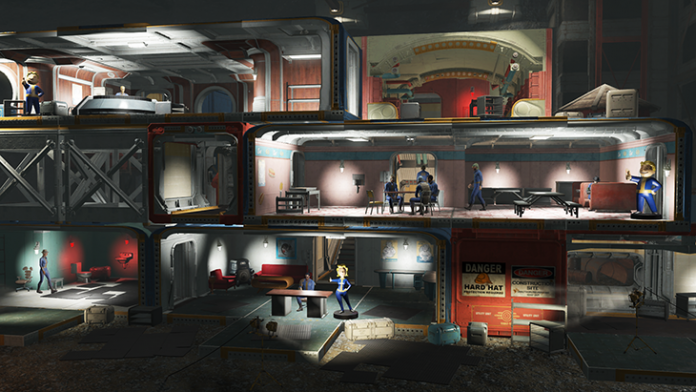 “Fallout 4” has just recently released its latest downloadable content (DLC) called “Contraptions Workshop” which offered players tons of new features. Following “Contraptions Workshop,” two more DLCs are on their way. The next one, to be released later this month is called “Vault-Tec Workshop.” It will be followed by the final DLC for the game, “Nuka-World.”

One of the trademarks of “Fallout 4” was making a community for wandering Settlers and also continually improving it in order for the Settlers to be protected from Raiders. A lot of players have enjoyed and invested time on this part of the game. If that was not enough for players to enjoy, “Vault-Tec Workshop” will give the players an opportunity to finally make their create and develop their own underground Vault.

With the new Vault that will be built within the game, it will surely attract more wanderers trying to find a settlement. Settlers may be attracted to the Vault’s retro-inspired pre-war industrial kits. The industrial kits will also include a lot of new decorations for the Vault including furniture and art. In addition, players will be able to perform experiments on the Dwellers and different outcomes from the experiments will surely excite gamers.

The “Vault-Tec Workshop” DLC will be available to purchase for $5. It will be released on July 26.

The developers behind the game, Bethesda, will release more information on July 12 at 4 p.m. ET. The sneak peek will be streamed live on their Twitch channel.

Furthermore, Bethesda also has another DLC for the players. “Nuka-World” will be released sometime in August but no specific date has been revealed. It is said to be the last DLC for the game. So far details are scarce but it has been revealed that “Nuka-World” will feature a large amusement park that is filled with Raiders for players to wipe out. The DLC is priced at $20.