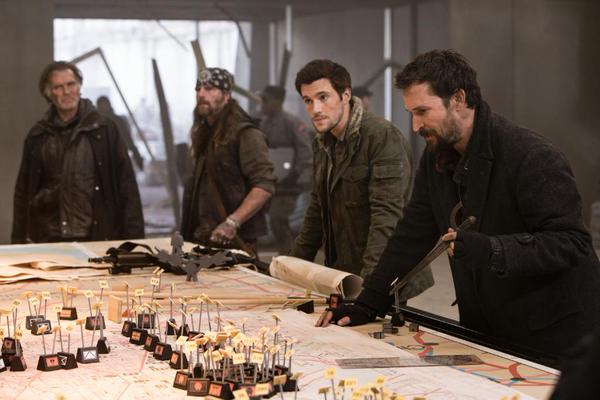 After five seasons, the American sci-fi and post-apocalyptic drama television series has come to a close. The show will not be renewed for a sixth season, as confirmed in the show’s official Twitter account. A tweet wrote, “The cast of #FallingSkies says their final farewell! Watch the series finale TONIGHT.”

“Falling Skies” premiered its first episode on TNT on June 19, 2011. The series was created by “Saving Private Ryan” writer Robert Rodat and produced by Steven Spielberg. It debuted as basic cable’s number one new series of 2011. However, its audience declined over the years. The fourth season, ran by “Battlestar Galactica” co-creator David Beck garnered 4.7 million total viewers each episode. The first episode of the fifth and final season gained only 2.04 million viewers.

The cast showed their gratitude and optimism about the show on Twitter, despite being aware that they had already wrapped up the production for the show. Actor Doug Jones tweeted, “And so it ends. But so it begins. Feeling closure, and hope for the rebuilding of the world.” Drew Roy who plays Hal Mason, tweeted,” Here’s a shot of us reading our last script. Pretty big feeling we were all sitting on.”

During its five season run, the show hired different showrunners. Its plot involved character arcs and a narrative detailling the lives of the Mason family and the people who cared for the Mason men and dove into battles with them.

In an interview with Hitfix, “Falling Skies” showrunner David Eick talked about his next project. “I set up another science fiction series. It’s a pilot order at Syfy based on the novel “Gateway” by Frederik Pohl, which was a Nebula and Hugo award winner back in the late ’70s,” he said. “I’m collaborating on that with fellow “Falling Skies” writer Josh Pate, and we are putting the finishing touches on the script. We’ll hopefully have this thing set up and off to the races within the next month or so.”