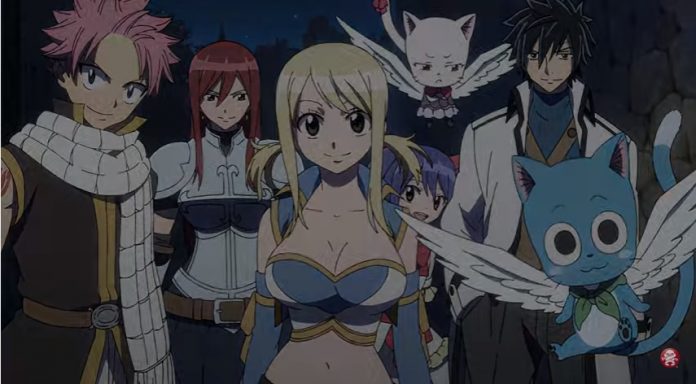 Spoilers for “Fairy Tail” chapter 504 are here, and the latest installment in the manga series shows how Gray’s revelation about the true purpose of the Book of Zeref caused a fight between him and Natsu.

In chapter 504, Natsu faces off against Gray, and Gray flatly asks him if he was E.N.D. the whole time. Natsu tells him to get out of the way, but Gray won’t budge as he’s demanding an answer from his former friend. Natsu said that he will defeat Zeref, and at that point, Gray revealed that the demons of the Book of Zeref were tools created personally by Zeref in order to end his own life. Apparently, Zeref lamented his own immortality and created demons who were powerful enough to kill him. One of Zeref’s prized demons was Etherious Natsu Dragneel, who is none other than Zeref’s younger brother. Gray also said that the demons have been made to kill and that they cannot disobey.

Gray mused that no one would ever have guessed that his greatest foe, who was so close to him this whole time, was masquerading as his greatest rival. Gray said that Natsu doesn’t have to worry about killing since he’ll kill him instead and stop him from causing any more destruction. Natsu attacked, and the two started fighting.

There’s no telling how long the two will fight, as Natsu said that no one can stop him anymore, but he stops when he notices that Lucy isn’t moving anymore.

Meanwhile, Eileen looks for Mavis as she is very angry about what Mavis did to her. In the last few frames of the manga, a giant eye appears in the sky, and Eileen says that no matter if Mavis runs and hides, she will find her in the end and that no one can escape her gaze. Mavis says that she does not intend to hide and on the last page, Mavis appears as a giant as she calls for her comrades and rises to Eileen’s challenge.

'Dancing with the Stars' season 22: Jodie Sweetin injured, uncertain whether...

'Girl Meets World' season 4 news: Will another network pick up...