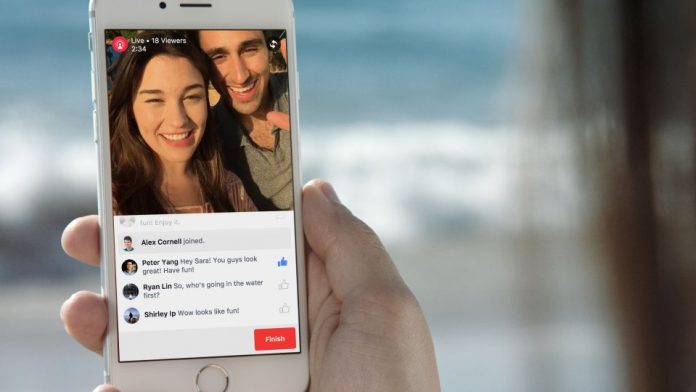 Facebook is adding live video streaming for all users through its app, Live. This is a big announcement following the company’s launching of live video streaming for celebrities in August. While users broadcast live stream videos of themselves, they’ll be able to see how many viewers are watching, real-time comments and the names of friends watching.

In addition to live video streaming between users, Facebook is also adding the ability to create live collages. Live stream videos and collages can be seen on a user’s timeline.

“Live lets you show the people you care about what you’re seeing in real time whether you’re visiting a new place, cooking your favorite recipe, or just want to share some thoughts,” Vadim Lavrusik and Thai Tran, product managers at Facebook, said in a blog post.

The live video streaming isn’t available to all users yet but it will be soon. For now, only a few selected Apple iPhone users in the United States will get to test the new feature.

While users will have to wait for the live streaming feature, Android and iPhone users will be able to create moving collages starting Thursday.

“The reasons people wanted it were quite different from celebrities. It was really more about inviting friends and families into special moments in people’s lives,” says Facebook product design director Julie Zhou.

Facebook has an estimated 1.5 billion users worldwide and is based in Menlo Park, California.

2018 Ford Mustang Shelby prototype spied in Michigan, rumored to be...