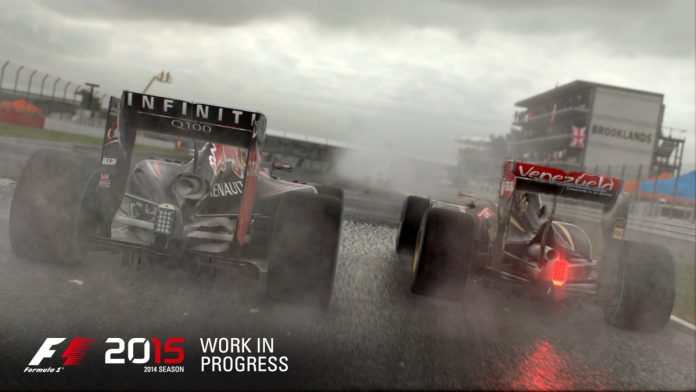 F1 2015 was meant to hit the consoles last June 10. However, game developer Codemasters pushed the release date a month later to July 10. While no apparent reason at all was given for the delay in the game’s release, Codemasters seemed to have made up for it by further teasing fans and making them more excited through the release of the first gameplay teaser and various game screenshots, just in time for the Monaco Grand Prix. The short video and the photos gave eager fans a taste of what the upcoming game has to offer.

What are other things about the game to get excited about? For one, the game is set to have stunningly realistic graphics of up to 60 frames per second. Codemasters have previously reported on April through Eurogamer that F1 2015 will be in high definition, with the PS4 getting a 1080p and the Xbox One a 900p, and with a high fps rate. “On console we’ve had it very, very close to 60fps, certainly on PS4,” game designer Steven Embling said. “Everyone at the studio is doing a fantastic [job] with the optimization, and we’re in the final couple of months before release where there’s big push that we hit that 60fpsm and that’s the plan.”

A revamped Carer Mode will also be coming to the game. Now, players will have to choose among the roster of professional Formula One drivers and embark on their career as a racer. The experience is expected to be more immersive, and to take the simulation to a whole new level.

The game offers an all-new cinematic experience, too. There will be opening sequences, grid sequences, on-track celebrations and the podium champagne, which are voiced by real-life Formula One commentators David Croft and Anthony Davidson.

The game is already available for pre-order at the game’s official website. Once players pre-order, they get a special metal case and the Race Like a Champion guidebook, containing hints and tips for the game.