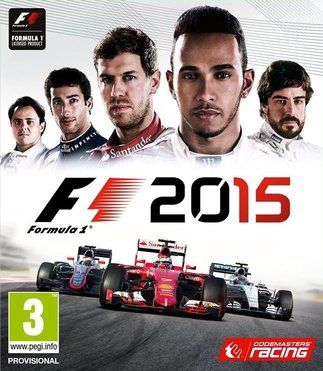 The much-awaited next-gen racing game F1 2015 has been pushed back for another month by its developer Codemasters, as they have announced through their official blog.

The game will now be available on July 10, from the previous June 10 schedule. North America and Brazil will get the game on July 21 and 24, respectively.

While no apparent reason at all was given for the delay in the game’s release, Codemasters seemed to have made up for it by further teasing fans and making them more excited through the release of the first gameplay teaser and various game screenshots, just in time for the Monaco Grand Prix. The short video and the photos gave eager fans a taste of what the upcoming game has to offer.

The game will be the first entry of the franchise for the PlayStation 4 and Xbox One. Codemasters have previously reported on April through Eurogamer that F1 2015 will be in high definition, with the PS4 getting a 1080p and the Xbox One a 900p, and with a high fps rate.

“On console we’ve had it very, very close to 60fps, certainly on PS4,” game designer Steven Embling said. “Everyone at the studio is doing a fantastic [job] with the optimization, and we’re in the final couple of months before release where there’s big push that we hit that 60fpsm and that’s the plan.”

The game is already available for pre-order at the game’s official website. Once players pre-order, they get a special metal case and the Race Like a Championguidebook, containing hints and tips for the game.

Codemasters, following F1 2015, also has another game set for development. The company also intends to extend the contract with Formula One Management after 2016.

'Rise of The Tomb Raider' trailer offers no gameplay but Lara...