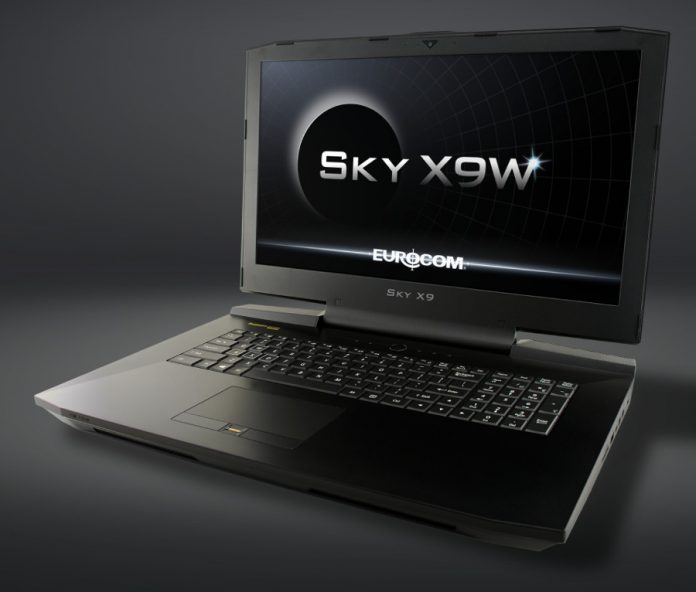 There is an abundance of high-end laptops available in the market today but it still does not deter manufacturers from creating ones that are more powerful, such as the Sky X9W, Eurocom’s most powerful Mobile Workstation yet.

The EUROCOM Sky X9W is a fully upgradable, high performance laptop that offers a 17.3-inch 4K Ultra HD display and an NVIDIA Quadro GPU. Its memory can be bumped up to 64 GB while the storage can accommodate up to 5 TB of solid-state drive (SSD).

To further support the 17.3-inch Ultra HD Matte IPS display that can provide 3840 x 2160 pixel resolution, an NVIDIA Quadro 4 GB M3000M and 8 GB M5000M are available. This combination provides the super machine with all its graphic requirements.

Eurocom president Mark Bialic stated in a press release, “Take desktop workstation capability and performance with you, on the road, with the EUROCOM Sky X9. Desktop Intel processors and high performance NVIDIA Quadro graphics combine to provide all the performance you will ever need.”

Storage is also not suppressed with the EUROCOM Sky X9W. It can accommodate up to two 2 TB SSD hard drives plus up to 1 GB of super-fast M.2 NVMe SSD and RAID options. This setup can bring its users fast boot-up time and a humongous amount of data space.

For its security options, Eurocom’s new laptop is equipped with Trusted Platform 2.0 for data encryption; a built-in Fingerprint reader; and a Kensington Lock. Assortments of ports are also available for all the possible connections to be performed on this machine, which include: five USB 3.0; a single USB 3.1 Type-C; two miniDP 1.2; HDMI 2.0; S/PDIF; headphone; mic; line-in; and two RJ45. A 6-in-1 card reader, Wi-Fi, and Bluetooth are also included.

The Sky X9W is almost similar in specification to its desktop counterpart, the Sky X9 ? the only difference is the GPU. The latter is equipped with the GTX98M, as tom’sHARDWARE reported.

Without adjustments, the EUROCOM Sky X9W’s price starts at $2,930.

Eurocom has been providing upgradeable high-performance mobile workstations and mobile servers since it started back in 1989 and is based in Canada.