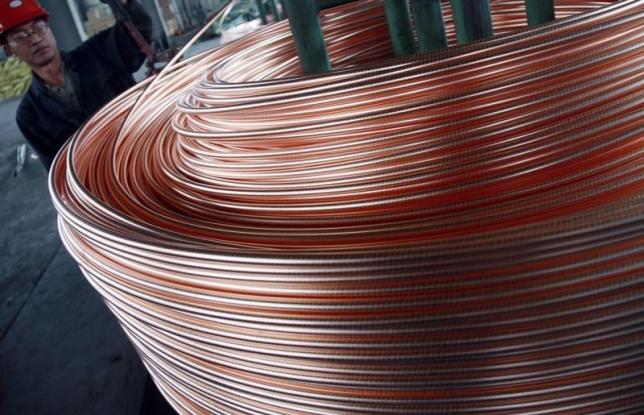 A decade-old commodity boom came crashing to an end in 2015, hurting energy and mining companies as China’s industrial rise and appetite for raw materials slowed. The outlook for 2016 is not much better.

The Thomson Reuters Core Commodity Index fell by a quarter over the year, to hit its lowest level since 2002 in December, as commodities ranging from iron ore to oil took a battering. And there are few bright spots in sight.

“The chances of an optimistic 2016 are bleak,” Mark To, head of research at Hong Kong’s Wing Fung Financial Group, said. “Slowing economic growth and structural reforms in China might contribute to decreased demand for commodities.”

Further interest rate hikes by the U.S. Federal Reserve will add to the pain, by strengthening the dollar and making many commodities more expensive for international buyers, To said.

Among industrial commodities, iron ore prices have tumbled 40 percent this year due to global oversupply and shrinking Chinese steel demand, for a third year of losses, and the rout is seen stretching into next year.

In coal, thermal prices fell almost a third in 2015, hurt by waning Chinese demand and the rise of renewable energy, with Goldman Sachs and the International Energy Agency saying China’s coal demand has peaked.

Both iron ore and coal have shed around 80 percent in value since their respective historical peaks in 2011 and 2008.

The downturn has hammered mining majors like BHP Billiton, Rio Tinto and Anglo American, as well as merchants like Asia’s Noble Group and Europe’s Glencore, forcing them to slash jobs and sell assets.

Benchmark oil and natural gas prices have also slumped, down a third this year and two thirds since the rout began in 2014, as ballooning supply met slowing demand.

“Headwinds (are) growing for 2016 oil,” Morgan Stanley said this week, citing increases in global supply and a slowdown in demand, reflecting a market consensus that meaningfully higher prices are not expected before late 2016.

The outlook is expected to trigger a fight for survival across the supply chain, including shippers and private oil drillers, while oil-dependent countries from Venezuela and Russia to the Middle East face smaller revenues.

Prices of industrial metals also plummeted this year. Copper and zinc shed a quarter of their value, and nickel collapsed more than 40 percent, hammered by slowing growth in top consumer China. [MET/L]

Some investors are hoping base metals are over the worst, but some fund managers and analysts expect further losses next year before miners make significant output cuts to offset slowing demand growth.

“We’ve come a long way, but 2016 will probably be another lost year for commodities, though we should see a bottom,” said Tiberius Asset Management Chief Executive Christoph Eibl.

“The supply overhang needs to be corrected, which will be painful because that means giving up market share and restructuring,” Eibl added. “I think this will happen next year.”

Gold, however, is showing no sign of recovery after sliding to a near six-year low earlier in December.

The metal was poised to close the year down about 10 percent for its third straight annual loss, on a stronger dollar and prospects that higher U.S. interest rates will hurt demand for non-interest-paying bullion.

Its outlook heading into next year does not look much better, with several traders and brokerages predicting a drop in prices to $1,000 an ounce or below early in 2016, before firming in the second half.

Gold has largely been influenced by U.S. data and the Fed’s monetary policy. Even if the Fed rate hike path next year is slow, gold would take a hit, said traders.