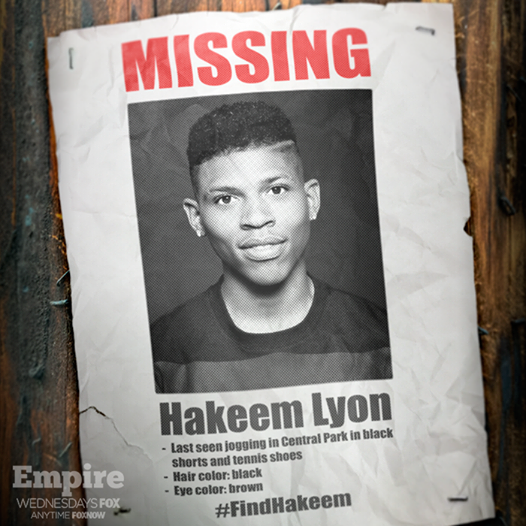 Depending on the outcome of the World Series, airing of the next episode for the breakout hit “Empire” may be pushed a week later with the plot focusing more on Hakeem Lyon’s kidnapping and the attempt of his parents to get him back.

Titled, “A High Hope for a Low Heaven,” episode six for season two official synopsis reads, “Lucious and Cookie must put aside their differences and work together as parents to protect their family and keep them out of danger. Jamal does his best to get back in the studio and break away from being defined solely as a gay artist, while Hakeem struggles with how to feel and act like a man. Meanwhile, Andre works to shut down a division at Empire, until he discovers a disciple in the midst of Lucious’ Gutter Life records.”

The sneak peek also showed that the two need to be on the good terms with each other as they search for who may be responsible for their son’s abduction after people seized him while he was jogging in the park. Although the installment may not show who the culprits are, speculations suggest that they might be the same group that snatched Tiana’s purse.

Cookie can be seen calling his son saying, “Hakeem Lyon, this is my fifth time calling you. Why are docking me?” She then kissed Laz, played by guest star Adam Rodriguez who is a concert promoter. Their blossoming love affair heats up when he protected her from two hooligans who broke into her company Dynasty to plant some bugs.

While another scene showed her coaching his son Jamal, “I love working with you!” he says, to which she quips with, “Yeah, cos you know when it’s real.” She and Lucious will warn Jamal not to get involved in the situation and even if it is against his will, he instead focuses on his music to blow off some steam.

Episode six is slated to air on Nov. 4 but if World Series continues to Game 7, the show returns next Wednesday, Nov. 11 at 9 p.m. ET instead.

'Orange is the New Black' season 4 spoilers: seasons won't have...

Apple Watch 2 release date: smartwatch to have a thinner display?