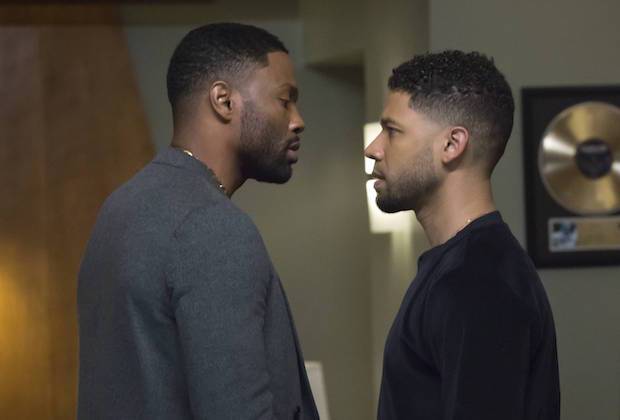 It seems that the owners of Empire Entertainment just can’t find some peace as the third season of FOX’s musical drama “Empire” is set to delve deeper into more major differences between the members of the Lyon family according to the show’s executive producers.

When the second season of “Empire” ended, the Lyon family was in shambles: Cookie (Taraji P. Henson) had walked away from Lucious (Terrence Howard), who in turn, agreed to a fake marriage with Anika (Grace Gealey). He had also just found out that he had a half-brother named Tariq (Morocco Omari). The finale ended with a fight between Rhonda (Kaitlin Doubleday), the wife of the eldest Lyon son Andre (Trai Byers), and Anika when the former accused the latter of pushing her down the stairs and causing her miscarriage. One of the women then ended up falling over the balcony and dying, but the season ended on a cliffhanger without revealing the deceased’s identity.

In an interview with Variety, executive producer Sanaa Hamri revealed that “anything is possible in the world of ‘Empire.’ It’s going to [be] quite sensational when we get back.” She also added that it will be about the family dynamic.

Hamri also said that one of the main points of the upcoming season will be to show what comes next for Lucious what he might do with his relationship with his mother Leah (Kelly Rowland) and what the possibility of having an FBI agent half-brother might entail for his criminal past.

The show’s other executive producer, Ilene Chaiken, also spoke with TV Line about what might come next for season 3 of “Empire.” According to Chaiken, the production team is setting up “a battle of dark vs. light. Who are the Lyons and how will they continue to define themselves going forward? Can they ever change? Is Lucious the dark lord, pulling them all in the other direction? And really, where does Tariq fit in with all of this?”

Chaiken also said that season 3 will bring the whole Lyon family together and will put Lucious and Cookie in “one another’s faces and lives” only this time, Cookie’s decision to finally be done with Lucious will change their dynamic.

Catch “Empire” season 3 when it returns this September.