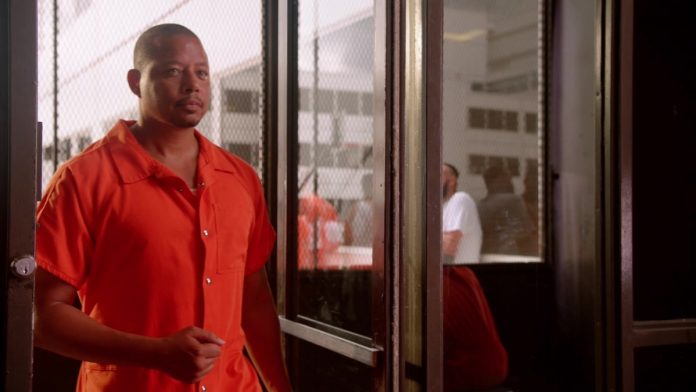 The first promo for Season 2 of Empire is here!

Fox has shared a sneak peek of its hit musically themed drama series, and it shows a whole lot of new music, new money, new power [and] new Empire leading up to its highly anticipated return on September 23.

The trailer showcases a “#FreeLucious” concert to free the Empire patriarch from jail. Performing in the concert is his son Jamal while Cookie is seen visiting her former husband in prison. In the last scene of the footage, Lucious can be seen in an inmate’s orange uniform.

Although the show has been snubbed by the Emmy’s, the series, which is one of the most-talked about show this year will expand its run from 12 episodes to 18 episodes. The extended schedule will be divided into two sets, where a cliffhanger episode is expected to come in between.

Kelly Rowland will also be added to the cast as Lucious’s mother who will appear in flashbacks while Marissa Tomei will play the recurring role of demanding venture capitalist Mimi Whiteman.

Cookie, portrayed by Taraji Henson, will also have a new love interest in a character to be played by actor Adam Rodriguez.

In an exclusive interview with E! News, Rodriguez hinted: What I know is this: Cookie and I share a similar affliction that we’re battling and we sort of bond over that. I manage to save her in a moment and that starts building a bond. I don’t know exactly where that’s going to go but I’m hoping it goes to some good places. I can’t wait to be hanging out with Taraji and have a good time.”

Meanwhile, hip-hop artist Ne-Yo will join Timbaland in writing the music for the new season.