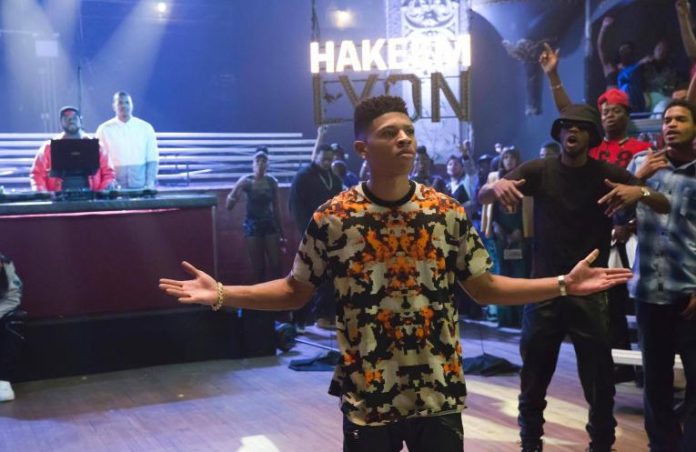 Hakeem struggles to take the reins of the company following Camilla’s (Naomi Campbell) death in the brand new episode of “Empire” next week.

In the last episode titled “A Rose by Name,” Lucious (Terrence Howard) has started to put all his pivotal pieces in place for his revenge on the people who betrayed him in the first half of the season. And it seems like things will get a little bit easier for him now that current owners of Empire, Camilla and Mimi (Marisa Tomei), ended up dead in the last episode leaving company CEO Hakeem (Bryshere Y. Gray) clueless in running the music company.

Next week, the story will further delve on the youngest Lyon as he struggles to keep everything together, especially when two of the company’s biggest artists, Laura (Jamila Velzquez) and Tiana (Serayah McNeill) continue to sabotage each other while on a joint tour. To make matters more complicated, Hakeem’s history with both of the women only fuels the feud between them.

Elsewhere in the episode titled “The Tameness of a Wolf,” Lucious will be going deeper on his wrecked past to bring out what potentially will be his most honest and sincere track yet. The music mogul is said to be revisiting his memory with his mother and from the looks of it, based on the promo clip for the aforementioned episode, the experience can be a gold mine for a lot of angst and emotions needed for an epic track.

Other tidbits from the recently released video include Cookie (Taraji P. Henson) celebrating her birthday and an exchange between Luscious and Hakeem about the death of Camilla. It seems like the older Lyon is pinning the death on his son but as shown in the past episode, it was Lucious who left Camilla and Mimi in their fatal state.

The Futon Critic released the official synopsis of the episode which reads, “Tensions between Lucious and his sons continue to rise. Back at Lyon Dynasty, Lucious aims to direct his most emotional and honest music video yet and recreates a traumatic interaction with his mother for the new single. Meanwhile, on the Mirage a Trois tour, Tiana and Laura begin viciously fighting over the spotlight, forcing Hakeem to mediate between the two divas.”

'Fast and Furious 8' cast news: Jordana Brewster opens up about...