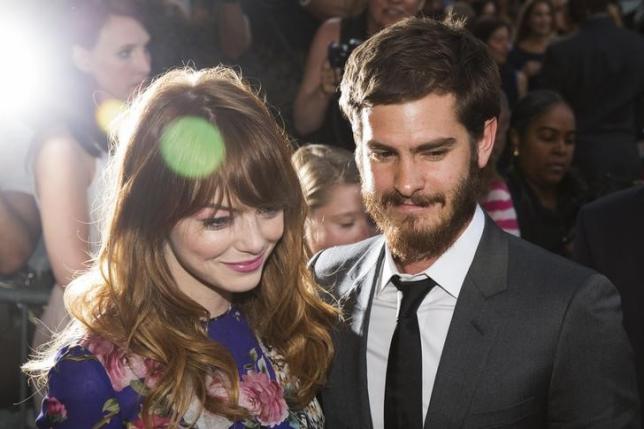 Emma Stone has been pretty adamant about keeping her privacy when it comes to her real life and relationship with Andrew Garfield. But as rumors are still buzzing about the status of their relationship, Stone shared her thoughts regarding the matter.

On a recent interview with Wall Street Journal, the Emmy-nominated actress addressed the speculations saying, “See, I never talk about this stuff for this exact reasonbecause it’s all so speculative and baseless. Once you start respondingonce you’re like, ‘No, that’s not true’then they’re like, ‘Well, if we push enough, we’ll get a comment, so let’s see what else we can make up.’ I understand the interest in it completely because I’ve had it, too. But it’s so special to me that it never feels good to talk about, so I just continually don’t talk about it.”

She also mentioned that she knew that the bag with Garfield’s name on it might make people wonder, “When I picked up the bag, I was like, ‘This is kind of funny if there are any [paparazzi] out there.’ There’s probably some rebelliousness that comes out in me after all these stories and people texting you for weeks about something that, for the most part, is not true. But even when it’s false, I would rather just let it be false.”

Stone was referring to an earlier photograph of Stone carrying a paper bag as she left her stylist’s office. The picture reportedly sparked more rumors that the two might have gotten back together.

According to a report by Daily Mail, the couple did not actually break up and it was only work that might have separated them since January. Garfield went to Taiwan for four months to film Martin Scorsese’s movie Silence, and he is now back in Los Angeles where he was reportedly seen having dinner with Stone. The pair were also seen doing grocery shopping in Malibu, California at the end of May, the report added.

Meanwhile, Stone confirmed that she passed on a highly coveted part for the all-female reboot of the 1984 classic, Ghostbusters which will star Kristen Wiig, Melissa McCarthy, Kate McKinnon and Leslie Jones. The actress said that she is not ready to be tied down to another franchise as it is a big commitment and she might need some time before doing so.

'The Winds of Winter' release date delayed due to length? will...