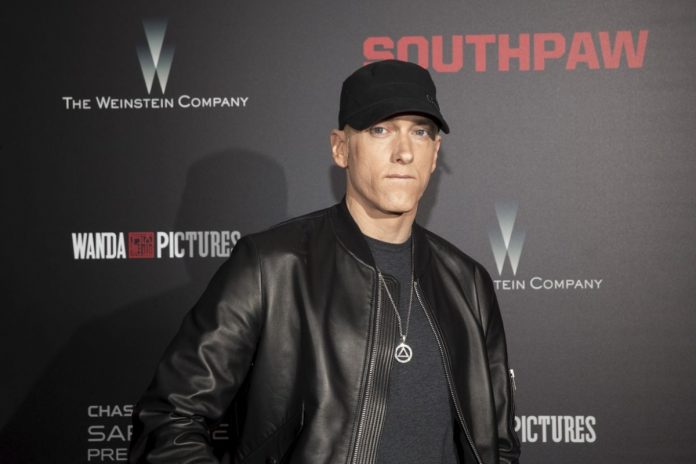 Marshall Mathers’ fans have been waiting for a long time for the rapper’s new album to be finally out. Though Eminem himself has been quite mum as of late, there have been talks going around that his latest album, rumored to be titled “Roots,” could possibly be released sometime in 2017.

Reports say that the rapper is bound to be dishing out his highly anticipated album as soon as his collaboration with multi-talented Broadway actor Lin-Manuel Miranda is finished.

Meanwhile, Mathers has jokingly made some remarks regarding some of the album titles being suggested by fans. He said that he was quite bugged by the fact that many are suggesting that he name his yet to be announced album as either “Empart” or “Empower” and went on to say that he has continuously gotten the said title suggestions for the longest time now.

The rapper further added that he has yet to decide what title to give his next album, but joked that it would be called “Empanada,” which is a Latin American stuffed pastry.

Moreover, it was also said that the so-called “rap god” could be setting his sights on other business propositions hence, begging off from producing a new album for the meantime. It was also noted that the rapper might be helping out youngbloods who are dreaming of making it big in the rap scene.

However, in a recent interview, Snoop Dogg may have spilled the beans and blurted out that Mathers is talking to fellow rappers in order to enlist all-stars for his next album.

Having said that, other reports say that the yet to be released album will contain a dozen songs and is slated for release next year. Nevertheless, this claim is still unconfirmed so fans are advised to take it with pinches of salt.