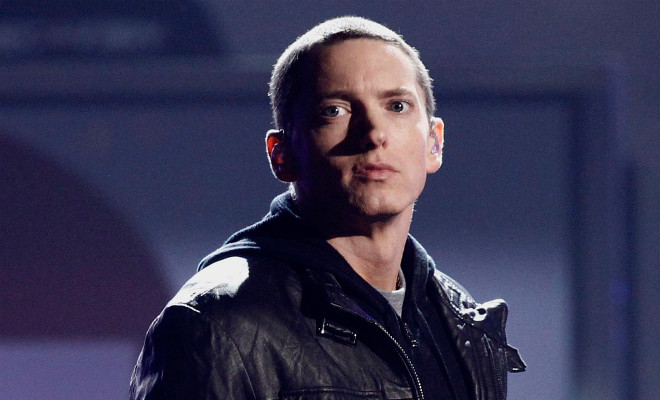 Since buzz started that rapper Eminem is once again back in the studio to produce his ninth album, fans of the popular musician have been waiting excitedly for the official confirmation. Unfortunately, as of late, there is still no information regarding the purported album.

Shall these rumors turn out to be true, the new album will be the ninth for the Detroit native and will follow his 2013 hit release titled “The Marshall Mathers LP 2.” Movie News Guide also provided additional information revealing that it will also be a collaborative work between Eminem and another popular rapper and producer, 50 Cent.

The seemingly down low profile that the 43-year-old has been maintaining lately was presumed to be because of his upcoming project. Eminem made a grand appearance in South America last month where he performed a few of his hit songs. Eminem appeared on the stage at the Lollapalooza in Hipodromo de San Isidro, Argentina, which Billboard reported that more than 80,000 fans showed up. A huge chunk of which stayed until the end to watch Eminem’s closing set which included “Monster,” “The Way You Lie,” which he dedicated to the women in the crowd, “Without Me,” “Til I Collapse,” and “One Shot.”

Whether Eminem’s appearance is an indication that he is already gearing up to step back in the spotlight via a new album or not is yet to be seen. As of now, the “Lose Yourself” singer’s social media pages still show no signs of any massive move for promotions in the near future.

Meanwhile for those who are craving for some dose of rap and hip hop jams from Eminem, his earlier releases can now be enjoyed through Chromecast Audio. Clapway reported that loyal followers can indulge themselves with songs from Eminem straight from their boomboxes using the device which retails at $69. The service works by plugging the gadget into a speaker or stereo and then cast music from it to a smartphone. The news came out after Eminem’s own record company called Shady Label officially announced a cassette re-issue of the rapper’s 1999 hit album “The Slim Shady LP.”