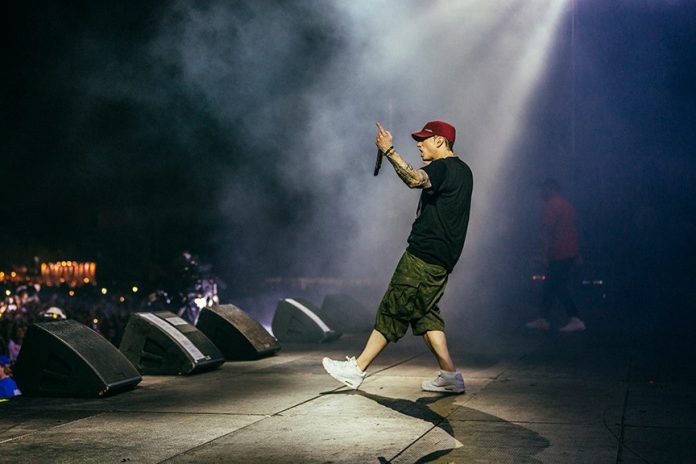 Fans have been waiting for the ninth album of one of the most acclaimed rappers, Eminem. However, it is possible that it may take a while before fans can hear new material from him again since the rapper is trying to find more inspiration before releasing new songs.

As mentioned in reports, he is hesitant to release a new album is because he is still trying to find a reason to start rapping again and he is also waiting to see whether there are issues that need to be talked about. It is also suggested that the famous rapper lacks the inspiration that will help him write new songs.

There are speculations that Eminem may be attending to other important issues before going back to the recording studio, according to Morning Ledger. Particularly, the rapper is rumored to be preoccupied with his ex-wife Kim Mathers’ condition.

Last May, Mathers had confessed that she purposely hit the utility pole when she crashed her car back in October 2015. While speaking to Detroit radio show “Mojo in the Morning,” she confessed, “I sat at the end of a road where I knew no one else but myself would get hurt. Yes, I drank, I took pills and I aimed for a pole.”

She apologized for the unfortunate event that had occurred. Kim Mathers has a daughter with Eminem named Hailie, who is already 20 years old. Eminem has reportedly been giving a lot of support to his ex-wife after what happened.

Some fans are speculating that she may be the cause of the delay for Eminem’s new album. On the other hand, there are other fans who claim that Mathers has nothing to do with it. Rather, Eminem is just choosing to be more careful with his music in order to prevent his music from leaking or being pirated. It also seems that the rapper is not using his ex-wife’s predicament in order to write new songs but rather, he is taking some time for the next album because he wants it to be meaningful.

There is no exact launch date for the album but fans are expecting it to arrive in 2017.