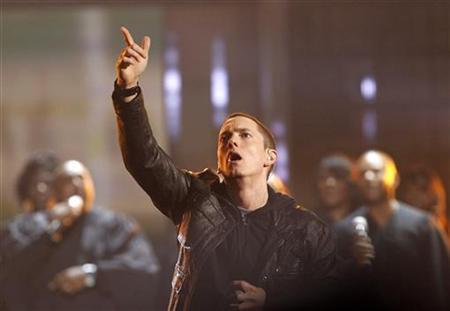 As fans await the release of Eminem’s next album, a British DJ dropped a freestyle track by the rapper, the full version of which has not been released before.

According to a report by Movie News Guide, the 13-minute track was a recording of Eminem and late rapper DeShaun Dupree Holton also known as Proof.

The track was released by DJ Tim Westwood, who organized the session in 1999 between the two childhood friends and collaborators in the group D12.

In an interview with Rocksverige, the rocker said that he wants to work with a lot of artists including 50-year-old Trent Reznor of Nine Inch Nails.

Taylor said that he wants to work with Eminem because he admires the rapper’s songwriting abilities and his work ethic.

He quipped that he is currently involved in several projects as well.

“I’ve a couple of that I’m gonna be a part of right now, and I won’t say any names, but it’s even more diverse than the stuff that I’ve done before. That’s what attracts me musically and artistically doing stuff that you wouldn’t normally hear with both bands [Slipknot and side-project Stone Sour,” he said.

Taylor previously collaborated with The Foo Fighters’ Dave Grohl on the song “From Can to Can’t” which was used in the soundtrack of the documentary film “Sound City,” which was directed by Grohl.

'Game of Thrones' season 7 premiere spoilers: someone will eventually cure...