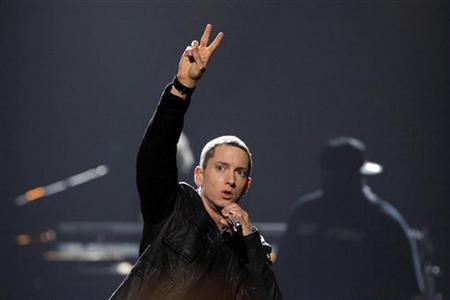 While rumors of a new album by Marshall Mathers, better known as Eminem, continue to catch people’s attention on the internet, the rapper himself stayed silent as he is still busy with his other projects. As of this moment, there are still no signs whatsoever of an album being worked on by Eminem.

One of the projects Eminem has been working on is Skylar Grey song “Come Up for Air” from her album “Natural Causes.” Skylar revealed that she was lucky to have the chance to work with Eminem since he gave her a lot of advice and feedback on her album.

Skylar seems happy with Eminem’s help, so that’s one person who is grateful that he is currently busy working on other projects and not on his own music.

Meanwhile, some of the rumors surrounding Eminem’s activities and his potential new album can be confusing. There is a report with a headline suggesting that a new Eminem album may come out on Sept. 23, but upon closer reading, it is Skylar’s “Natural Causes” that is going to hit the shelves on that date.

There was also a rumor saying the rapper worked on the “Suicide Squad” soundtrack. While his song “Without Me” did appear on the soundtrack, Eminem had nothing to do with the film’s music. A new song for the film would have been perfect for his fans, though.

Of course, not all rumors regarding his activities are false. Eminem did donate backpacks and school supplies for underprivileged kids in Flint, Michigan.

As of this moment, there is no concrete evidence suggesting that the rapper is working on a new album. Perhaps his side projects are keeping him busy right now.