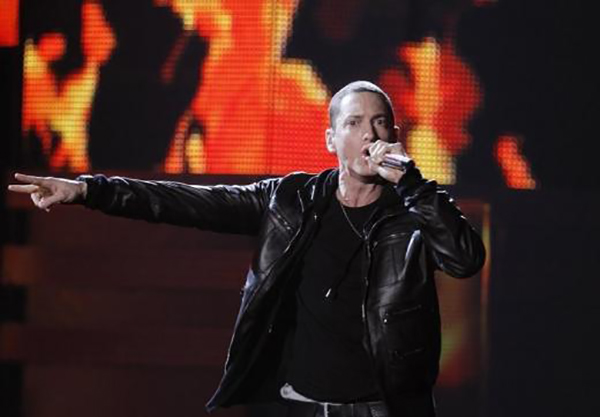 Details regarding Eminem’s rumored new album are still hard to come by, but some fans speculate that the touted delay maybe due to the rapper being preoccupied with recent issues he is facing.

According to reports, the “Marshall Mathers LP” singer may either be running out of ideas or facing money problems. Meanwhile, others point to his alleged feud with Drake as the main reason that his new project has still not seen the light of day.

It can be recalled that news regarding a misunderstanding between the two started gaining traction when New York radio station Hot 97’s host DJ Ebro brought the topic up during his segment. He said that the feud follows Drizzy’s longtime beef with a member of Eminem’s Shady Records crew and his Slaughterhouse bandmate, Joe Budden.

He also seemingly added fuel to the fire when he claimed that he had gotten word that Eminem would be making a Drake diss record. Ebro afterwards clarified that his statement was only meant as a joke but it did not stop fans from hoping that an ultimate rap battle between arguably two of the biggest names in the rap industry would potentially happen.

However, Drake put the rumors to rest during his Summer Sixteen Tour event at the Joe Louis Arena in Detroit earlier this month. The audience was in for a great surprise when he suddenly called Eminem to the stage while he was performing his hit 2007 single, “Forever.”

“Detroit, make some noise for the greatest rapper that ever get on a mother******* microphone,” Drake said as he introduced Eminem. According to The Hollywood Reporter, the latter’s cameo at the said place marked the first time he has graced a Detroit stage since November. Eminem later said during the concert that he was honored to perform alongside Drake.

Detroit Free Press noted that Drizzy that actually hinted earlier to the concertgoers that a special event will take place saying, “Do you think we’ll be able to look back and say: ‘Do you remember that one night in Detroit?'”