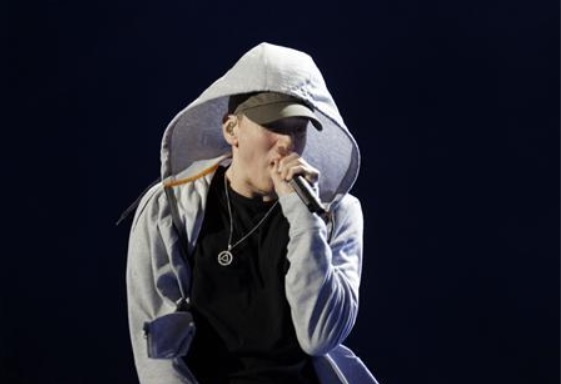 Eminem has not released any albums in the last two years. With the “Rap God” out of the music industry for a long time now, fans are anticipating that his upcoming album is now being extensively worked on. The much-awaited album will allegedly come out some time at the end of this year, however, a new rumor is saying that Eminem is lacking inspiration, so the release may happen on a much later date.

Eminem has kept his lips tight about his ninth album confirming his reputation of preferring to work in silence. According to Yibada, rumors have stated that the rapper is still waiting for inspiration to come up with even better songs. The success of his previous albums may have given him immense pressure in producing a yet another record-breaking album.

Eminem performed in Lollapalooza music festival in Argentina with his top hits “Love the Way You Lie,” White America,” and “Without Me,” but was not seen in the recent Coachella festival in California. His absence sparked rumors that he is currently focusing on his upcoming album. According to another set of rumors, the rapper has already finished eight tracks and has even hired security personnel to guard the doors of the recording studio so no one would hear what he is working on now according to the same site Yibada.

Meanwhile, rapper Royce da 5’9 recently had a recent interview with Hip Hop N’ More and was asked about working with Eminem in another Bad Meets Evil project. He said, “That’s always a possibility. We do have a few songs lying around that we did sometime back. But right now, I’m like super swamped rolling out my projects and fixing the other projects I’m a part of that I wanna see happening within a year’s time. If at some point me and Marshall end up back in the studio, and we sit next to each other and we got some time on our hands, I can definitely see it happening.”

'Rick and Morty' season 3 spoilers, news: Will the upcoming season...