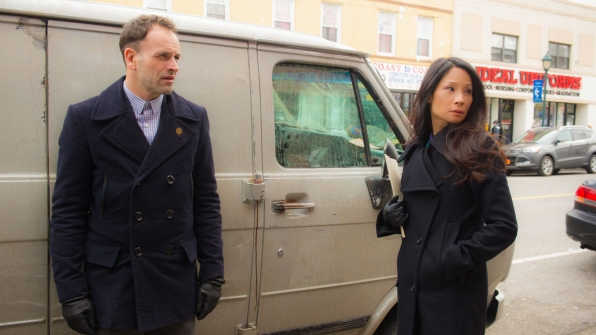 Talking to Entertainment Weekly recently, the showrunner shared some of their plans for the future of the show. “The return of a very familiar face is in the works. We are working on bringing back a beloved member of the ‘Elementary’ family. The odds are quite good,” he stated cryptically.

Although Doherty did not specifically reveal who it may be, fans took it upon themselves to suggest some theories. Among the most suggested ones are Moriarty also known as Irene Adler (Natalie Dormer), Kitty (Ophelia Lovibond) and Sherlock’s (Jonny Lee Miller) brother Mycroft (Rhys Ifans).

It can be recalled that Dormer was last seen in season 2 and was not able to return to the show because the actress was busy filming other projects. Since Dormer has been killed off in season 6 of HBO’s “Game of Thrones,” some have pointed out that her schedule may now allow her to reprise the role.

Meanwhile, Kitty went back to London by the end of season 3, but the viewers are said to be hoping for her return as she became one of the most developed characters. On the other hand, a possible reunion between Sherlock, Mycroft and their dad Morland (John Noble) is also being anticipated.

“That’s something all of us would love to see … I would love to see the three Holmes men together. In particular, it would be great to have Mycroft back because it doesn’t just present stories and complications for Sherlock and Morland, of course. Joan [Lucy Liu] shares a complex history with the man as well,” Doherty previously told IGN.

However, since there has been no official announcement, it remains to be seen if any of the three will indeed come back.

On a related note, “True Blood” alum Nelsan Ellis will make his debut as Shinwell Johnson. The character was created by author Sir Arthur Conan Doyle in his short story titled “The Illustrious Client” back in 1924. He is described as an ex-criminal who attempts to get his life back on track after a lengthy jail time due to drugs charges.

His modern incarnation is expected to help Watson in solving a murder by leveraging his illicit connections. In turn, the latter convinces Sherlock to hire him. Ellis will appear in at least three episodes.