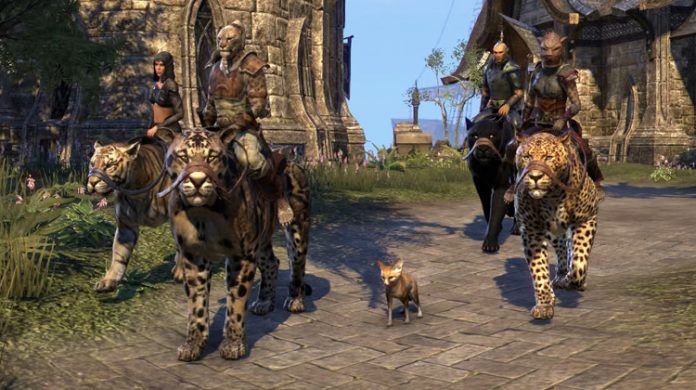 Avid fans and dedicated players of Elder Scrolls Online: Tamriel Unlimited have a lot to get excited about, as the game, fresh from its successful console release is set to get an all-new DLC pack featuring two new locations. There will also be a trading card game based on the hit video game franchise.

Imperial City is described as the Fallen Capital of Tamriel, which long-time players of The Elder Scrolls franchise would be familiar with, as the location was part of previous titles in the series. Based on the video, one can expect that Imperial City would be full of various monsters and powerful bosses.

Another new location that will be coming to the game is Orsinium, described as the Realm of the Orcs. The place looks vast, covering a wide span of different locations. With the two new locations, players can expect an all-new experiencemore game time and more battles.

As exciting as it is, the new DLC pack does not have any official release date yet. However, fans and players should keep watch, as there will be a full pre-launch coverage in July for the Imperial City pack. Could this mean that the new DLC pack will arrive shortly after that?

Finally, to help ease the excitement, ZeniMax Online shared a free Imperial City wallpaper for everyone to download.

Check out Bethesda’s E3 showcase for The Elder Scrolls Online: Tamriel Unlimited below: