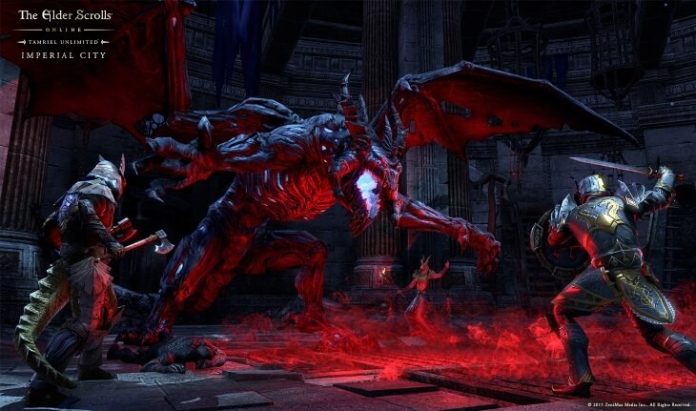 With Bethesda focusing their efforts on the upcoming release of “Fallout 4,” game enthusiasts may have to wait a little bit longer for the sixth installment in the “Elder Scrolls” franchise.

Reports claim that even after the launch of Fallout 4 in November, it seems like “Elder Scrolls 6” has to be put on the backburner indefinitely as continuous support will be provided for the role-playing game in terms of patches and bug fixes. The teams behind the development of both games are essentially the same and reportedly do not like dividing their time to do two projects at once.

Bethesda’s vice president for marketing Peter Hines told MCV UK his predictions saying, “I think Fallout 4 can top Skyrim and be our biggest release ever. But we will see. It is part of my job to build the megaphone that we hold up to the game, and the game decides how loud it goes. Just how big it is going to be is hard to say. ‘Skyrim’ was a massively big deal.”

When it was released in November 2011, 3.4 million copies of Elder Scrolls sold out in just two days. As of June 2013, it reached more than 20 million copies.

Hines further mentioned that, “It’s rare to have franchises like the ones we have and to have people joking about ‘when is Skyrim 2 coming out?’ The reason they say that is because generally speaking that’s what you’d be getting with another publisher in charge. They’d be spitting out a Skyrim 2 the year after or two years later. That’s just not how we view it.”

Inquistr notes that with the executive referring to Elder Scrolls as “Skyrim 2” suggests that the game may not be a follow up on Morrowind or Oblivion. Some fans propose that the story will revolve around Argonia or Black Marsh but it remains to be seen.

The report added that definitive information for Elder Scrolls may show up sometime in 2017.