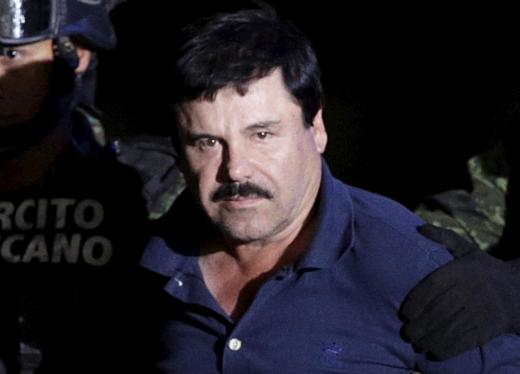 Wife of Mexican drug lord Joaquin “El Chapo” Guzmn, Emma Coronel Aispuro shared that she fears for the life of her husband who she has not seen yet since he was detained again on Jan. 8.

In an exclusive interview with Telemundo in a news special dubbed as “The Queen of El Chapo,” Coronel Aispuro said to Mexican journalist Anabel Hernndez, “I fear for his life [El Chapo’s]. We don’t know if he is eating well. We don’t know what his situation is because we haven’t seen him.”

She also questioned the conditions of living in El Altiplano prison, apparently claiming that the government is responsible for the health of El Chapo who may be at risk due to harsh conditions he is allegedly in.

“They want to make him pay for his escape. They say that they are not punishing him. Of course they are. They are there with him, watching him in his cell… all day long, calling attendance. They don’t let him sleep. He has no privacy, not even to go to the bathroom,” she added.

This is the first time she spoke publicly about her eight years of marriage to the head of the Sinaloa cartel, deemed to be one of the world’s most powerful criminal organizations.

El Chapo was recaptured in January after six months of being on the run since July 2015 when he escaped maximum security prison on a motorbike through a tunnel which is said to be connected to his shower room.

Coronel Aispuro is a former beauty queen born in California and has a dual citizenship. She reportedly met El Chapo in 2006 when he was around 50 years old and she was 17. After a year, they got married on her 18th birthday. They have twin daughters.

She also revealed that she has filed a complaint for her husband’s confinement with Mexico’s National Human Rights Commission.

“Not everything people say is true… I think that all human beings have the right to have at least the basic things they are not giving that to him,” she added.