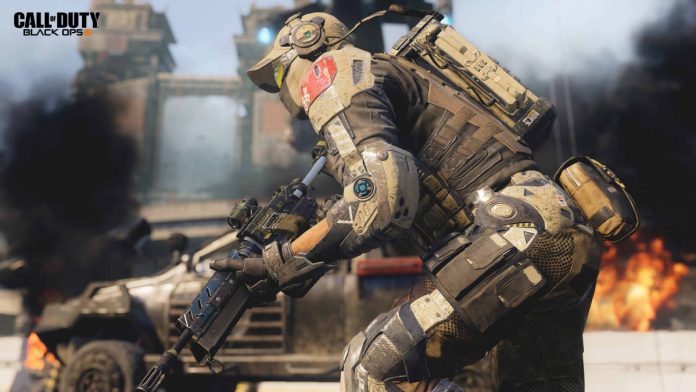 The much-anticipated sequel to the “Call of Duty” series will be showcased during the Electronic Entertainment Expo (E3). Activision has officially confirmed that it will release gameplay from its upcoming “Call of Duty” 2016 game at the event.

The publisher recently provided information regarding its presence at the E3, or rather lack thereof, in a post at its official blog. Despite its absence from the E3 2016 show floor, however, the next “Call of Duty” game will still be showcased on this occasion through the PlayStation event hosted by its business partner Sony.

“In June, we’re going to be at E3 showcasing gameplay from Infinity Ward’s ambitious new game,” said Scott Lowe, Activision’s communications manager, in the post. “We’re looking forward to sharing exciting new details about the next great Call of Duty game in partnership with our friends at PlayStation. We’re proud to be participating in this premier video game event, but won’t have an Activision booth on the show floor.”

Although some might find this decision strange, the publisher apparently will be shaking things up a bit this year. Activision said in the post that fans shouldn’t be surprised to find them in some other unexpected places too.

Activision is the second publisher to confirm bowing out of the event. The other one is Electronic Arts, which said earlier this year that it will hold a free event for fans prior to the annual conference. Its EA Play livestream event will be held a day before E3 2016. On the other hand, Take-Two Interactive has previously confirmed it will be at the E3 event in a “big way.”

Activision also announced that the first season of the “Call of Duty” World League will be concluded with the “Call of Duty” Championship this fall. Part of the celebration for this milestone will be a major community event where the publisher said it will give fans “special insight and access to the world of Call of Duty.”

Activision teases 2016 will be one “exciting” year. It has promised to share more information about its plan, so fans should stay tuned.