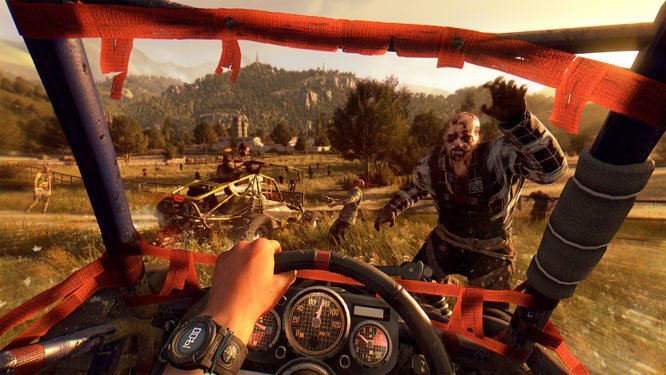 Officially called “The Following,” the downloadable content, according to the game’s website, will feature the untold chapter of Kyle Crane’s story. Moreover, a vast new area will be introduced that will surely enhance the gaming experience of players especially in terms of environments, challenges, and new game mechanics on top of the ones already included in the base game.

One of the key features of the expansion is the new map. For the first time, gamers will be able to venture outside the quarantine zone. As big as all of the original “Dying Light” maps combined, the area will be full of the infected and other survivors that will be just as dangerous.

A new Driver Rank skill tree will also be introduced in the game. Players can upgrade this skill along with their rides to be able to survive the harsh outback. There will be all-terrain dirt baggies available that can be fully customized with various attachments, decals, paint jobs, and specialized weapons.

As mentioned before, “The Following” will have the untold chapter in the story of Kyle Crane. In order to unlock all the secrets in the expansion including an all-powerful cult, players need to use all of the skills of this character to the limit.

Non-linear progression is also imperative in the game. Different missions and tasks will allow gamers to choose their own path in the game. By gaining the trust of locals or non-playable characters, players will gain access to the dark cult and other secrets.

In a report by Express UK, game developer Techland is said to be gathering feedback from the gaming community in developing special missions. According to the newspaper, the developer said, “The team is creating a unique mission that takes place inside an abandoned post office and wants fans to have their messages of distress, horror, or bravery be scattered around the level. The design team will pick their favourite letters and place them into the game along with full credit for the authors.”