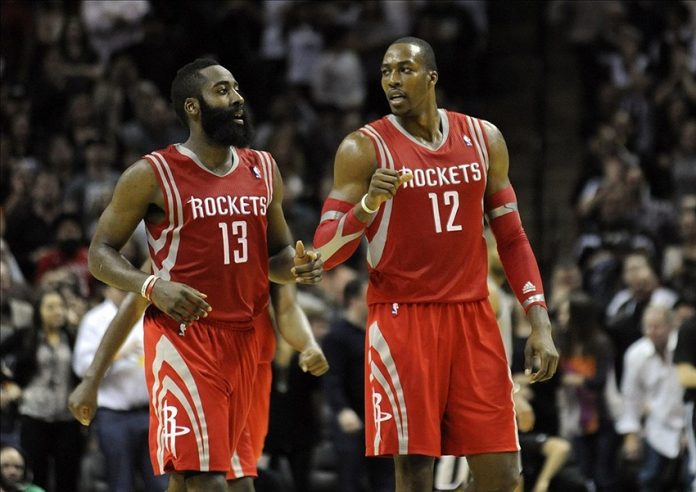 The Houston Rockets has been in a slump before the NBA All Star games commenced – losing their last three games. Because of this, an old rumor has resurfaced revealing that teammates Dwight Howard and James Harden tried to trade off each other way back in 2014.

Reports of Howard and Harden not really working well together are not new. NBA.com’s Fran Blinebury pointed out that since the two came together during the 2012-2013 season, they have never seen eye-to-eye.

The two players have been plagued by numerous trading rumors over the course of the season but out of the two, it is arguably Howard who mostly suffers from such hearsays.

However, the pro-baller, dubbed as “Superman,” has once again reiterated last Wednesday that his goal is to stay and finish the season with the Rockets.

“I don’t pay attention to none of that stuff,” Howard said after ESPN’s Calvin Watkins caught up with him after practice.

“I came out here to Arizona and spent some time here in the mountains, and I got away. I just trained, and I got ready for the second half of the season. No matter what’s being said, the only thing I can control is what I do on the floor. That’s been my only focus.”

This season, the center averages 14.6 and 12 rebounds per game, despite being slowed down by numerous injuries.

“My objective is to go out and play as hard as I can every night for this team no matter what happens,” he added.

Earlier this week, Howard mimicked the same sentiments saying, “I want to win. I want this situation to work. I chose this team. And I’m not running because we have been faced with some adversity.” He also revealed that he did not ask for the Rockets management for him to be traded off as previous rumors suggest.

As of now, the Houston Rockets is in unison saying that their goal is to finish strong in their remaining 27 games. “Nobody is going back corners, demanding trades,” interim coach J.B. Bickerstaff stated. “Everybody here is in. We’ll work together and we’ll figure it out.”

Howard and the Rockets will be back in action on Feb. 20 against the Phoenix Suns.

'Gods of Egypt' cast news: Casting has been an issue