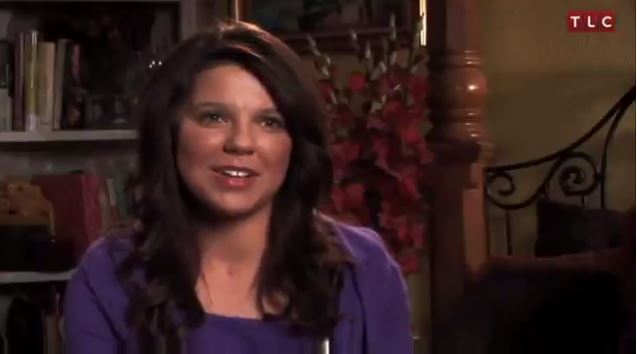 Is there another Duggar reality show in the works on TLC? Last month, it was reported that advertisers started pulling out of the Christian family’s spin-off show, “Jill and Jessa: Counting On” due to Josh Duggar’s back-to-back scandals. Now, a new report claims that TLC is filming a new show starring Amy Duggar King, who is the niece of Jim Bob and Michelle Duggar.

Facebook page Duggar Family News: Life is not all pickles and hairspray posted two photos on Oct. 1 and said that Amy is shooting a new show or special in a nail salon. It was noted that Amy and her friends were there to film her 30th birthday celebration weekend and they were seen getting pedicures in the salon.

The Facebook page’s source claims that Amy and husband Dillon King are secretly filming again for TLC and that new show will premiere in November. The account also posted a screenshot of Dillon and Amy’s Facebook post wherein Dillon wrote, “Amy and I are sorry we haven’t posted in a while, we have been very busy the last few months. We have a surprise for everyone, we have been working on some stuff and the outcome I think will be amazing.”

One commenter speculated that Amy may now have a platform to throw the Duggars under the bus since she knows a lot of family secrets. The Duggar Family News Facebook page replied and said that she may have a reason to do so since “they threw her under the bus for years by not allowing her cousins to visit her because she’s not trustworthy.”

Amy has her own fan base as she was dubbed as the “Rebel” Duggar since she doesn’t follow the reality family’s strict rules about modesty. She previously starred in a TLC special that featured her pursuing her dream of becoming a country star, but at the moment, it is unclear whether she is employed. TLC has yet to confirm if a Duggar spin-off starring Amy Duggar will premiere on the network this year.

Guardians of the Galaxy 2 news: Snapchat post teases Kraglin in...