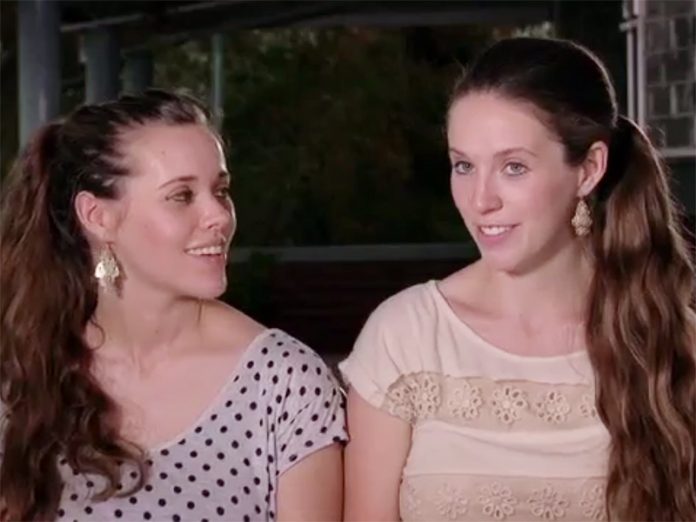 “Jill and Jessa: Counting On” recently wrapped up its first season with the two Duggar sisters revealing that they are planning to get pregnant at the same time.

In the season ender, Jessa and her husband Ben Seewald made a long journey to visit her sister and brother-in-law, Derick Dillard, who live in Central America. Jessa and Ben brought their son, Spurgeon, to meet his cousin Israel, who is with his parents.

Despite meeting the first time, Israel and Spurgeon hit it off right away. Israel could not get his hands off of the new baby as he began to hug and kiss little Spurgeon.

Given that both Duggars are seemingly doing fine with parenthood, the producers of the show asked them about their plans for a second child.

“I think we will probably be pregnant at the same time,” Jill claimed. “But to say who will be first, well Israel is older… so we will see,” she added.

Aside from biological kids, Jill and Jessa also expressed their eagerness to adopt. Jessa, in particular, is very interested in the notion as her husband’s mom was adopted.

“We have many friends who have walked this road, so we have seen firsthand the amazing power of adoption,” Jessa explained in a separate interview with US Magazine. “There are so many kids out there who are longing for the love of a family, and we feel strongly about opening our hearts and our home to welcome them in.”

The Seewalds put adopting on hold when Jessa got pregnant with Spurgeon last year. But now that their only son has already turned 5 months old, the couple is revisiting their options in order to push through with the process.

“We want to move forward with paperwork and a home study, and just be ready for however God opens those doors,” the “19 Kids and Counting” alum revealed.

The Duggars are known to be big family as evident with parents, Jim Bob and Michelle who have 19 kids total. Since their children also hold the same principle as they do as treating kids as a gift from God, there is a high possibility that there are more kids to come for both Jill and Jessa.

'One Punch Man' season 2 reportedly under initial stages of production

'Once Upon A Time' Season 5 sneak peek: Merida might not...