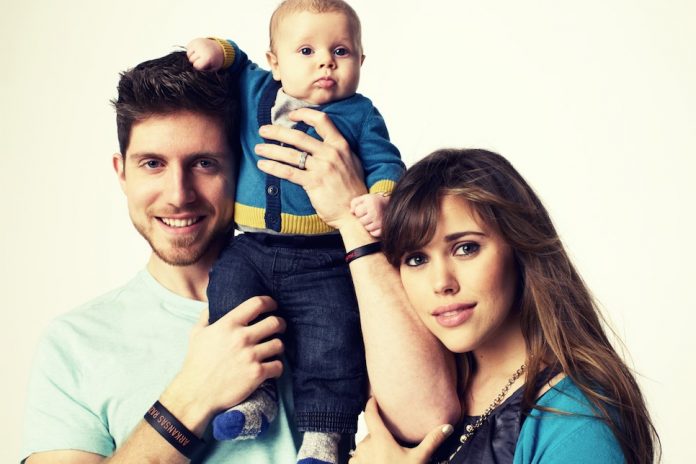 The “Counting On” stars are now a family of four.

Jessa Duggar-Seewald, 24, and her husband, Ben, 21, have announced, through People, the birth of their second child, and it’s a boy.

“We are so happy to announce the arrival of our sweet second son,” the couple stated. The baby was born at 4:26 in the morning of Feb. 6. He weighed eight pounds and 11 ounces and measured 21.75 inches long.

“Mom and baby are both doing well. We are so thankful to God for this precious new gift of life and are excited to be a family of four! Thanks to everyone for your prayers and well wishes!” the couple reported.

The reality stars already have a one-year-old son. “We are overjoyed to announce that Spurgeon has a new title in life as ‘big brother!'” according to the new parents of two, who have released their first family photo, as well.

In a TLC video, the young parents introduced their second bundle of joy and discussed their future. Jessa revealed that they were teary-eyed when the baby was born. She believes that since their children have a closer age gap, then they can be “best friends and love growing up,” and they will do everything together. Like Spurgeon, Ben confirmed that their new son would possibly have a unique name, too.

The Seewalds, who met in church, have been married since November 2014. The family appears on TLC’s “Counting On” reality TV show, which is a spinoff of the original “19 Kids and Counting.”

Jessa is the fifth child of Jim Bob and Michelle Duggar. Her sister, Jill Dillard, is also bearing her second child with husband Derick. They, too, are starring in the current series.

Jessa and Jill co-authored the book “Growing Up Duggar: It’s All About Relationships” alongside their sisters, Jana and Jinger.