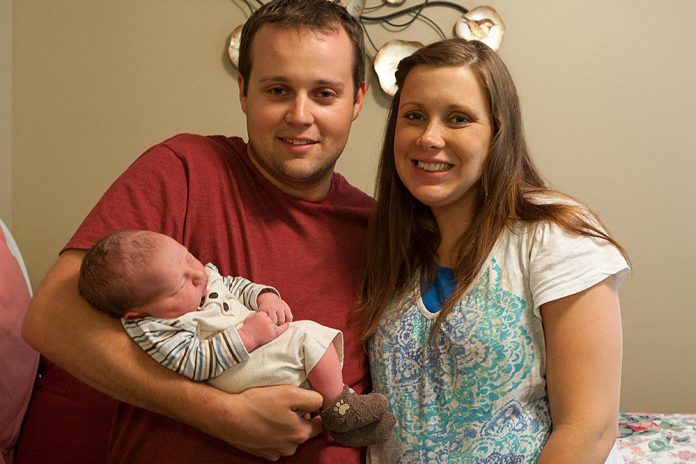 Josh Duggar, together with his wife Anna, has announced that they are expecting their fifth child, a son, later this year.

“As we continue our journey as a family and rebuild our lives, we are delighted to share with you that we are expecting a new baby boy later this year. Beauty comes from ashes and we cannot wait to see and kiss the face of this sweet new boy!” the couple said in the blog post on The Duggar Family website.

Josh, 29, is the eldest of Jim Bob and Michelle Duggar’s 19 children. Together with his siblings and their parents, Josh starred in the TLC’s reality family series, “19 Kids and Counting.”

In September 2008, Josh married Anna Keller after two years of dating. They are the parents of Mackynzie Rene, 7, Michael, 5, Marcus, 3, and Meredith, 19 months.

The reality show was suspended in May 2015, and a spinoff show, “Counting On,” started airing in December of that same year. Josh did not show up in the current series.

The eldest son has kept his life private after a scandal in May 2015 involving him has spread. Josh released an apology statement at the time, and he made a confession about his infidelity and addiction.

A report from People indicated that the father-of-four submitted himself into a faith-based rehabilitation facility. The couple also attended marriage counseling.

“For nearly the last two years, we have quietly worked to save our marriage, focus on our children, and rebuild our lives together as a family,” Josh and Anna, 28, stated in their recent blog.

They admitted that the reconciliation process has not been easy for them due to the “breach of trust.” Now, they are reestablishing their family life and faith one day at a time.

Meanwhile, “Counting On” is still airing its third season on TLC.