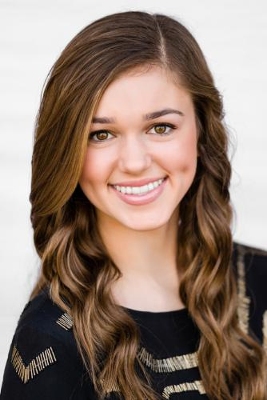 Around six weeks ago, American reality TV series 19 Kids & Counting was cancelled due to the allegations around Josh Duggar molesting several underage girls, including his sisters Jessa and Jill. As the issue was starting to temper a bit, he faced yet another outcry last week when he confessed to cheating on his wife, Anna, after Ashley Madison, a website for arranging extramarital romances, was hacked, revealing his membership.

Now, Duck Dynasty’s Sadie Robertson has spoken up about the tight spot that the Duggar family is facing, relating the same experience that their clan had back when Phil Robertson made some controversial statements about homosexuality.

Sadie said it was hard to go through controversy in the public spotlight.

“It honestly makes me feel sad that they’re having to go through this, because it’s one thing to go through it as a family, and it would be just as hard for them if they weren’t in the limelight, but… everybody’s talking about it, and that just adds that many more comments, that many more opinions. We’ve been there, it’s hard,” said Sadie according to People.

Josh Duggar confessed to being a hypocrite while publicly championing faith and family values, and secretly viewing pornography, even becoming an addict, which then led to him being unfaithful to his wife. He will be entering a long-term treatment facility to help him overcome his addiction.

The issue has been a secret for quite some time, and now that it is out, it makes things more complicated for him and the family. Sadie Roberston added that “At this point, it is what it is, and so they’re just going to have to make the best out of it… if they can forgive him, it will all work out,”  People magazine reports.

Sadie said she could relate to their experience as a family, because her own family’s reality show, Duck Dynasty, has also had its share of controversy, similarly being faced with the threat of cancellation when her grandfather made his controversial statements.

“They almost cancelled Duck Dynasty whenever my grandpa said the things that he said, and that would have been, in my opinion, not a very good decision, because that was putting one man’s words in all of our mouths,” notes Sheknows. She said that this is exact same thing that the Duggars are going through, since this is Josh Duggar’s mistake, not the entire family’s.

While the series has broken some rating records in its seasons, it has also faced indefinite suspension due to some issues regarding family members along the way. Nonetheless, the series had its one-year high in its eight season finale that featured the wedding of Sadie’s brother, John Luke, and fianc Mary Kate McEacharn.