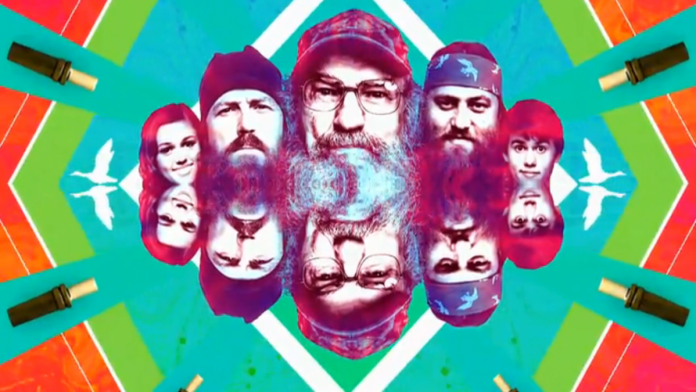 Duck Dynasty is returning to A&E and the first episode revolves around planning for John Luke Robertson and Mary Kate’s wedding, which is scheduled for June 27.

The new season of the show starts off with an engagement party for the couple. The two got engaged last year on John’s 19<sup>th birthday.

John, who proposed to Mary some time in October last year, posted a picture on Instagram, along with a caption that read: “She. Said. Yes. @missmarymcmcmc.”

Mary wrote on her blog: “In December of 2013, exactly a year ago, I was 17 years old- a 17 year old girl who had never had a boyfriend and never even kissed a boy. Writing this, exactly a year later, I am engaged, and not to just anyone, but John Luke Robertson…the most incredible and loving young man I have ever known.”

The first episode, which is entitled Grooming the Groom, will see the celebration of the engagement of the couple, along with a prayer, followed by dinner and gifts session.

Also, during the first episode, fans will see that John will be out with his father, Willie on a golfing trip, along with his uncles Jep and Jase, who will give him some advice on marriage.

Meanwhile, Mary receives marriage advice of her own along with some cooking tips from Phil.

In the trailer for the first episode, viewers will see Phil saying: “Well, Mary Kate, I’m glad that you’re going to be the next addition to the Robertson clan. What better way to start than learning how to cook my famous crawfish etouffee?”

Jessica also tells Mary how important it is to know how to cook being a Robertson woman.

According to a report on The Christian Post, the registries for the wedding were discovered at Bed Bath & Beyond and West Elm.

For the next episode, the show is likely to feature the entire wedding, which is happening on Saturday. Duck Dynasty airs on A&E at 9:30 p.m. ET on Thursdays.