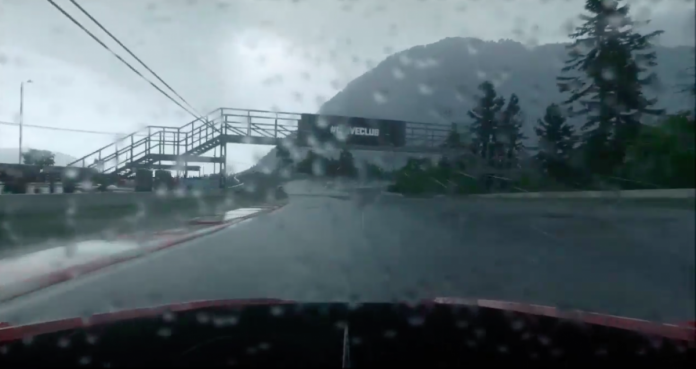 The new gameplay preview for the widely popular racing series “Driveclub” revealed that there will be a new option for players to enjoy when updates for February are released.

Game director Paul Rustchynsk took to Twitter to tease fans saying, “Hardcore, a new gameplay option for #DRIVECLUB in February. Traction control, stability control & other assists off!” while previewing a footage that features a car being driven under a heavy rain without the aforementioned assists for a more challenging experience.

In a correspondence with his followers, Rustchynsk also revealed that the option is a lot of fun, will work on multiplayer mode. Moreover, gamers may be able to beat drift scores “but you’re going to be slower in hardcore as you have to get on the brakes earlier.” Likewise, only one assist will be turned on or off for all the assists which is dubbed as Hardcore Handling, and there will be no new leaderboard. Also, the new option is applicable to cars only and not motorbikes.

When a user pointed out that there seems to be a problem with the game’s drift point system as there are many cheaters, the director said that they are looking into the issue and doing what they can to address it.

According to Playstation Lifestyle, Developer Evolution Studios previously announced on Twitter that the upcoming additions will be packed with more interesting elements such as a photo mode filter.

A brief clip showed that the in-game version of what could be a Nissan Skyline R34 GT-R V-Spec II can be played in Black and White mode. While Evolution Studios’ Jamie Bradshaw further revealed more information about the filters saying, “Photo Mode filters during race. B&W, posterize, night vision, bleach, cinematic… all of them!”

“Driveclub” has been released a couple years ago and is currently rolling out for Sony’s Playstation console. The touted updates will arrive sometime in February.