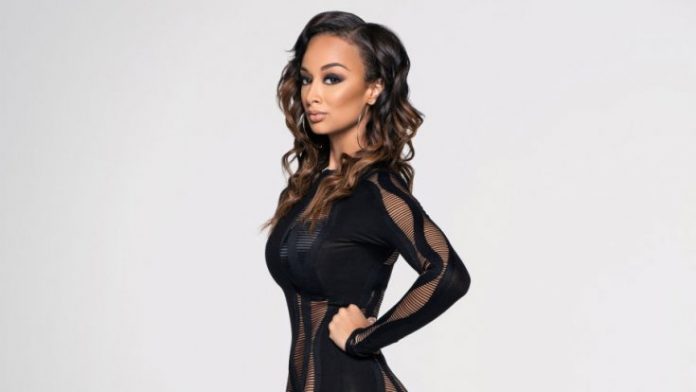 In an interview with Big Boy’s Neighborhood on Power 106 in Los Angeles via Enstarz, the 25-year old businesswoman confirmed that they are back together and said that, “I got my ring. It was a very expensive ring. We’re in a good place. It was an off thing so we’re trying to get back on and we’re just playing it day by day… Because to be honest, if there’s not a wedding then there could possibly be a funeral.”

The couple who became engaged for two weeks before Scandrick called it off in early July and allegedly filed a restraining order against her because of her supposed abusive ways.

She also set the record straight regarding the court order rumors and insisted that she never received it, “I never got a restraining order. I was never served a restraining order. I know something was filed, but I guess in order to make it official you gotta hold on to it, you gotta show up in court, you gotta serve it legally and I never got served. So, I don’t know what that was about. Seems like mixed emotions to me.”

She also said that there is no domestic violence between them although she admitted that there were times that the fight got a little destructive. Recalling a story wherein she threw Scandrick’s shoes into the pool including his Yeezy boots she shared that, “I’m a little crazy. In an argument, nothing is off limits, I’m going to talk about your mama, I’m going to throw your clothes in the pool. It’s an argument!”

Although Scandrick has yet to comment on Michele’s claims, the pair seem to be in a better place in their relationship. Michele even gushed on the interview about her beau and stated, “It takes a special kind of man to handle me because I’m a lot. He’s [Orlando] made it pretty far, he’s lasted 2.5 years, so that says something about his character. We’re black and in a relationship. Black people in a relationship, they feel me.”