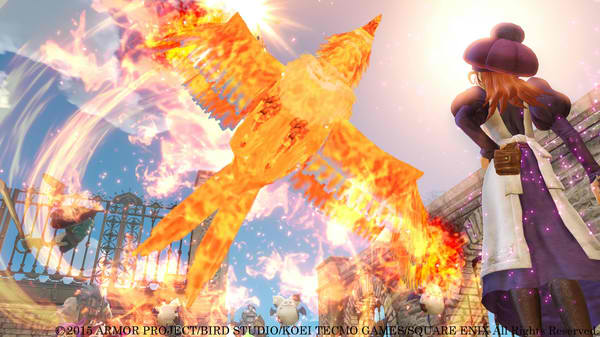 “Dragon Quest Heroes” will officially come to the PC, but it will have a shorter, simpler title. Release date of the game’s PC version is scheduled on Dec. 3, 2015.

As revealed by the game’s Steam page, the PC version of the game will be officially called “Dragon Quest Heroes: Slime Edition” compared to console version’s “Dragon Quest Heroes: The World Tree’s Woe and the Blight Below.” However, despite the differences in the titles of the two versions, the upcoming PC version will still be the same as the console one.

“Dragon Quest Heroes: Slime Edition” is priced at $60. Players who will opt to buy the game early will be able to take advantage of the 10% discount offer from Steam, which will make the game available for purchase at $54 instead. The offer is good until Dec. 3, the date when the game releases. The regular price will kick in afterwards.

The PC version will come with 13 DLC items, 11 different weapons and two bonus maps, that were previously released for the console version.

The Steam page for the game also listed the minimum and recommended system requirements for users to be able to run the game on their computer. Interested players must take note that the game will only work on a 64-bit operating system.

GoPro Hero 5 news: details of rumored specs; is delay due...