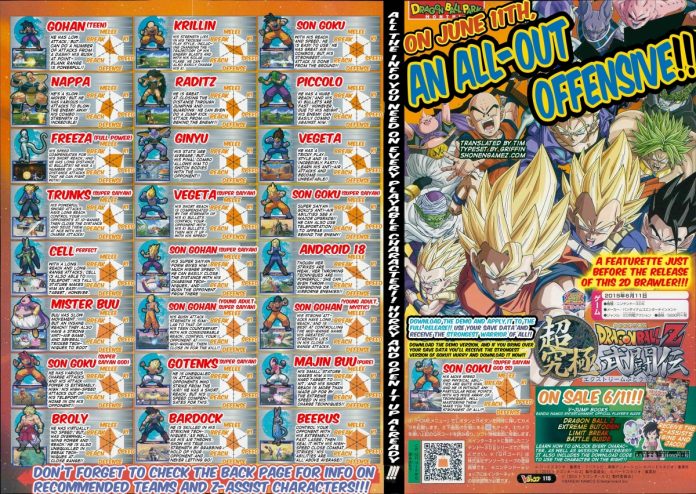 The Dragon Ball hype is over 9000 already! With the Western release of Dragon Ball Z: Resurrection of F, the arrival of the latest DLC pack for Dragon Ball: Xenoverse featuring character designs from the latest movie, the new and upcoming anime Dragon Ball Super and its manga adaptation, the hype on the series is certainly back and felt all over.

Add to that the recent news about the latest upcoming game, Dragon Ball Z: Extreme Butoden. The game was originally slated to be a Japan-exclusive release, but according to the latest report by IGN, a game rating detail for Extreme Butoden has been spotted on the Australian Classification Board. The Australian Calssification board is the government organization mainly responsible for rating media that is for sale in Australia, much like the US ESRB and Europe’s PEGI. Now, it’s already almost a no-brainer conclusion that the presence of a title information in the Australian database strongly suggest a possible Australian releaseand hinting at a possible full Western release, too!

Now, who wouldn’t want that?

Just recently, the May issue of V-Jump magazine released all the playable characters for the game. Thanks to the translation made by Shonen Gamez, we now know that there are 24 playable characters all in all, featuring iconic heroes and villain, including the God of Destruction Lord Beerus, and Super Saiyan God Son Goku. The report also revealed that players who downloaded the demo version of the game can export their save file once they have the full game and get “the strongest warrior of all”Super Saiyan God SS Son Goku! This poses as a clear and great advantage to other player who didn’t get the demo version.

Dragon Ball Z: Extreme Butoden will be released in Japan on July 11, exclusively for the Nintendo 3DS.