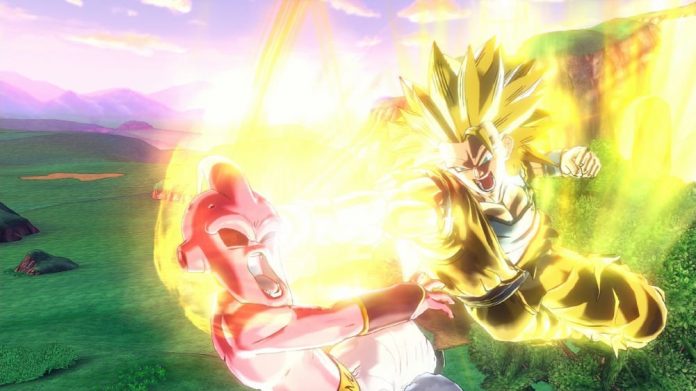 An alleged screen shot of Bandai Namco’s possible second installment of its highly popular game, “Dragon Ball Xenoverse” has been circulating around the web recently.

First posted by Spanish forum Area Jugones, the image shows that the follow-up game may be released in June 2016 with the logo of Playstation at the bottom seemingly suggesting that it will be exclusive for the new generation console.

However, the design of the supposed announcement has raised some concerns over the legitimacy of the picture. Some have noticed that the logo for Playstation was the old one and a NeoGAF user pointed out that it is quite unusual to put a comma between the month and the year for the launch date, International Business Times notes.

Moreover, reports claim that it is also unlikely that they will have another iteration as the game is relatively new and only hit the market earlier this year.

There has also been beta version that allows gamers to practice before joining the online tournament in the search of a world champion across United States, Japan and Europe.

The qualification rounds is said to start on September 6 in several platforms such as PC, Xbox One and PS4. While the final rounds will be held from September 12 until 26.

When it comes to the points, they will be marked in-game with the matches announced in YouTube.