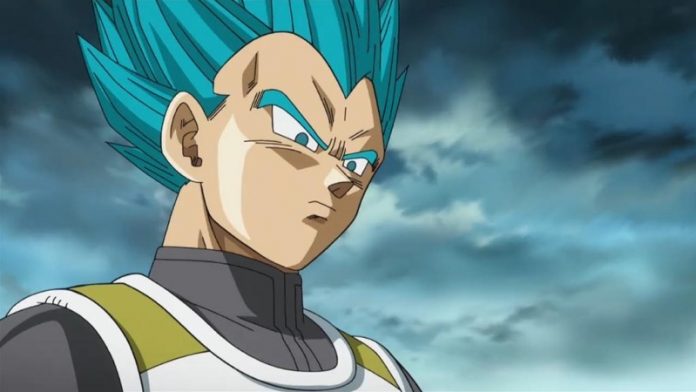 The events in Dragon Ball Super had a major development lately, with the release of the latest chapter of its manga, a new name for the Super Saiyan God Super Saiyan was coined, and families of both Lord Beerus and Whis were introduced, and the concepts of multiple Universes and multiple ‘Earths’ were teased, too.

With a detailed translation courtesy of Saiyan Island, the latest chapter of the Dragon Ball Super manga had Goku and Vegeta fighting while Whis observes them. In the heat of the moment, Vegeta charged up and transforms into Super Saiyan God Super Saiyan, making his hair blue with it.

The scene faded with a narration that also called the transformation with its new coined namesake: “In fact, a little while before this, the terrible emperor Freeza who had previously terrorized the universe came back to life and attacked Earth. However, after meeting Beerus and Whis, Goku and Vegeta received training from Whis, managing to evolve into Super Saiyan Blue, a form surpassing Super Saiyan God. And so they even managed to defeat the revived Freeza!”

The manga translation detailed also revealed that the fat look-alike of Lord Beerus is in fact his twin from Universe 7, Lord Champa. And the girl that looked like Whis is actually his sister, Vados.

The said story from the manga took place after the events of Resurrection ‘F’.