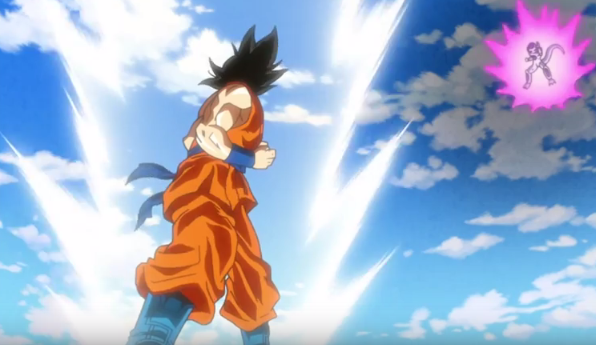 The previous episode of “Dragon Ball Super” finally unveiled Frost as evil, and the trailer of its next episode shows it is Vegeta’s turn to take on him after Frost made Piccolo bite the dust in episode 34.

The trailer for episode 35 begins with Goku reeling from the events while Vegeta is gearing up for a battle of supremacy againt Frost. Yibada notes that it is apparent that Frost will cheat in this episode as he is seen pressing his thumbing, resulting in the release of poison out of his arm. With this, avid viewers of the show are left wondering how Vegeta stands a chance against the cheating Frost and if the latter will triumph over the former.

Meanwhile, episode 34 featured Frost congratulating Goku for giving him a good fight despite losing. Friends and family of Goku were seen cheering him on when the intergalactic space patroller, Jaco, glanced at the two warriors, a scene suggestive of something being not right.

After it was announced that Piccolo would be Frost’s next opponent, the battle kicked off with Piccolo charging up his Special Beam Cannon. Frost attempted to attack him with his own death beam and eventually hit Piccolo’s leg.

Despite having been hit, Piccolo refused to throw in the towel and even resorted to the use of a lesser-employed multi-form fighting technique in order to trick and confuse his opponent. While the technique did him wonders at first, it did not take long for Frost to even out its effects and to destroy it.

Nonetheless, this did not stop Piccolo from delivering a good fight. Despite Frost landing punches and kicks to his body, he continued charging up his Special Beam Cannon. However, all his efforts ended in smoke as Frost escaped from Piccolo’s grasps. With Frost’s escape, he successfully delivered punches to Piccolo’s abdomen that caused his eventual match defeat.

With Vegeta taking on Frost in “Dragon Ball Super,” will the latter continue his winning streak, thanks to his kind of play that is in no way fair and square?

Find out in episode 35 of “Dragon Ball Super” this coming Sunday, March 13.