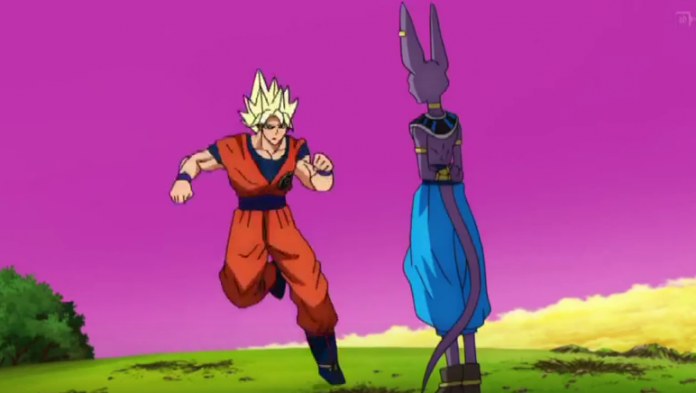 Fans are now eagerly anticipating next week’s Dragon Ball Super after an action-filled fight between Son Goku and Beerus, the God of Destruction, in the previous episode.

According to Youth Health Magazine, fans are eager to find out if Vegeta will turn into a Super Saiyan God in the next episode.

The end of the preview trailer for episode 7, which showed Vegeta transforming into a Super Saiyan, and the title of the upcoming episode had fueled speculations that the Saiyan Prince could turn into a Super Saiyan God, a form first seen in the movie ‘Resurrection F’, out of rage.

Episode 7 is titled “How Dare You Hit My Bulma! Vegeta’s Furious Mutation?!”

There is also plenty of action to be expected in Episode 7 as well, as the trailer shows Vegeta and the other Z-Warriors taking on the more powerful Beerus, the article reported.

Despite the hype, there are already criticisms being leveled at Dragon Ball Super. These complaints are centered on the quality of the series’ animation.

Design & Trend noted that, while the success of the movie Dragon Ball Z: Resurrection F gave Dragon Ball Super enough momentum to drive considerable interest from the fans, the show’s animation quality is causing the show to falter and not carry on the momentum from the Resurrection F.

Dragon Ball Z: Resurrection F, which tells the story of a resurrected Frieza returning for revenge against Son Goku, earned $8 million in the US after only 8 days of a limited run.

The new series’ quality, which the article described as “rough” and “stiff,” has received complaints from both Japanese and North American fans.

Traditional animator Henry Thurlow spoke on the quality of the film, the Christian Post reported, and told Cartoon Brew that the difficulties encountered by animators in the Japanese anime industry could be causing such an oversight to occur in the quality of otherwise established franchises like Dragon Ball.