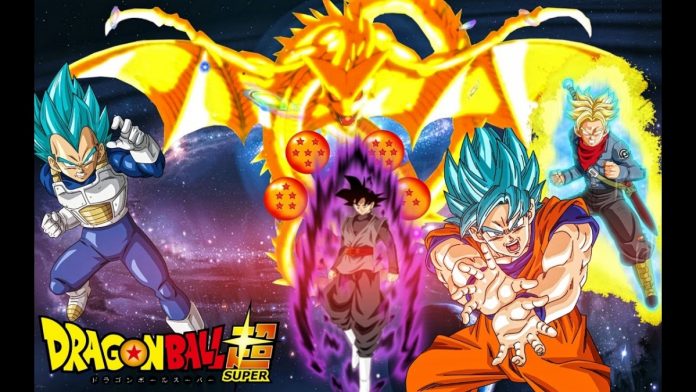 Titled “A Visit From the Omni – King! Bye – Bye Zamasu!,” the viewers of the 67th episode saw the demise of Zamasu and Black Goku. This ended the “Rebellious Zamasu Saga,” the fourth and current story arc in the series. The 68th episode is expected to begin the Zen-Chan story arc.

Trunks successfully defeated the villain by slicing him into two, much to the delight of Goku. Their happiness ended when Zamasu transformed into a strange form and covered the skies. Goku and Vegeta tried to eliminate the enemy by transforming into Super Saiyan Blue. Goku pushed himself to the limit and reached into his pocket to find the button from the Omni-King.

After pushing the button, Omni-King appeared and found the transformed Zamasu in the skies. Goku told him to get rid of Zamasu. However, the Omni-King completely ignored Goku and decided to destroy the world instead. To remedy the shocking decision of the Omni-King, the group enlisted the help of Beerus to beat Zamasu. Beerus locked the villain in an entirely different timeline where he will not be able to harm anyone.

Slated to air by the end of December, “Dragon Ball Super’s” 68th episode is titled “Come Forth, Shenlong! Whose Wish Shall Be Granted?!” According to a translation of the preview by Todd Blankenship, the story revolves around Goku trying to resurrect Kaio by using the dragon balls.

There have been rumors circulating that Goku is set to die possibly in the 68th episode. The story might be stretched to elaborate on the demise of the well-loved character.

“Dragon Ball Super” is a Japanese anime television series produced by Toei Animation. The 68th episode will be released on Nov. 27.

'How to Get Away with Murder' season 3 release date, spoilers:...