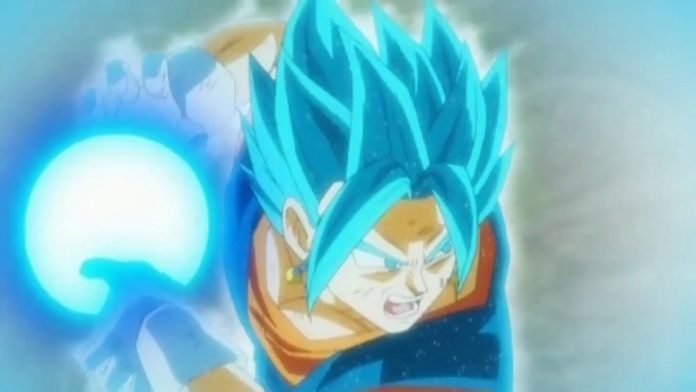 With great power comes great arrogance, not responsibility. The previous episode of “Dragon Ball Super” showed that Merged Zamasu was so much stronger than the heroes but he continuously underestimated his opponents. Future Trunks and Vegeta’s double Galick Gun attack even neutralized the villain’s Holy Wrath. Now, it’s Son Goku’s turn to blast him with a Kamehameha. Merged Zamasu is not going to be happy in the next episode.

As seen in the trailer, it’s time for the heroes to use their trump card. Titled “Showdown! The Unyielding Warriors’ Miraculous Power,” “Dragon Ball Super” episode 66 will see Goku and Vegeta fuse into Vegito as they battle a monstrous-looking Merged Zamasu. What happened to him?

Sources say something must have happened after the villain loses his Ring of Light. Was it due to Goku’s Kamehameha at the end of episode 65? The preview shows that the Merged Zamasu is no longer wearing the ring when he is in that mutated state. And he looks really mad.

Apparently, Attack of the Fanboy got a hold of the plot summary and it says, “After his ring of light is broken by Goku’s life-risking attack, something strange happens to Merged Zamasu.” Well, the life-risking attack has to be the Kaio-ken since it takes so much out of Goku when he uses it to amplify his powers.

Meanwhile, it looks like Vegito can match Merged Zamasu’s blow for blow, but can the immortal be defeated? Don’t forget that the villain can’t die. The Mafuba would have been the perfect technique to use against someone like Merged Zamasu. Unfortunately, the heroes did not exactly double check their equipment and they left the seal in their timeline. Without the seal, the Mafuba jar is useless.

'Gravity Falls' season 3: Spinoff in the works? crossover with 'Rick...