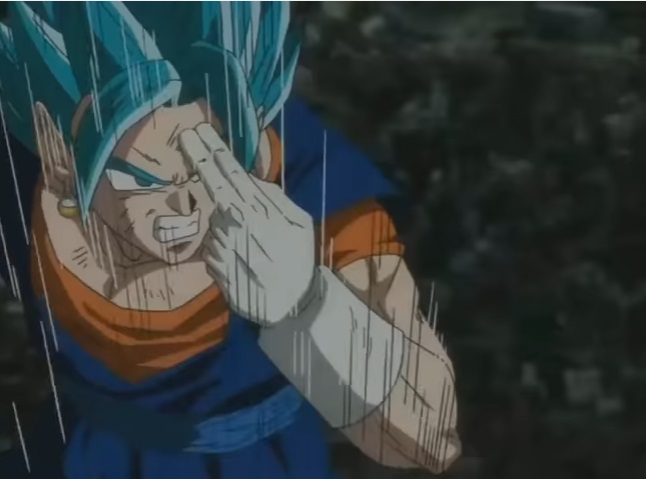 The upcoming episodes of Akira Toriyama’s ultra-powered anime series, “Dragon Ball Super,” are rumored to feature the final stages of the “Future Trunks” arc as the seemingly unbeatable duo of Goku Black and Zamasu might finally be meeting their long overdue demise.

Fans have already witnessed the fusion of the two powerful antagonists making them even tougher to beat. However, the Super Saiyan tandem of Son Goku and Vegeta proved that they still have something under their sleeves as their training yielded fruitful results. They can still pack a wallop that staggered their now unified foe.

The immortal villain was even more threatened when the blue-haired protagonists were seen wearing earrings similar to Zamasu and Goku Black’s. Upon wearing them, Son Goku and Vegeta also fused and this resulted in the return of their old fusion character, Vegito. This time, though, this classic form will be more powerful that before and he is said to be on par with or even surpass the godly strength of their foe.

It is expected that the following episodes will feature the fused Zamasu and Goku Black having a hard time fighting the super-powered Vegito. As per the sneak peek, the antagonist’s features were quite disfigured which could be the result of Vegito’s blows inflicted upon him.

Meanwhile, a screenshot of Japanese TV listings has been making rounds online hinting that Trunks will be killed off as episode 67 is titled “Farewell Trunks.” However, some fans are betting on another scenario where Trunks might just be returning to his original timeline following the defeat of Zamasu and Goku Black in the hands of the Z-Warriors.

Episode 66 of “Dragon Ball Super” is slated to air on Sunday, Nov. 13, while the succeeding episode will be released a week later.