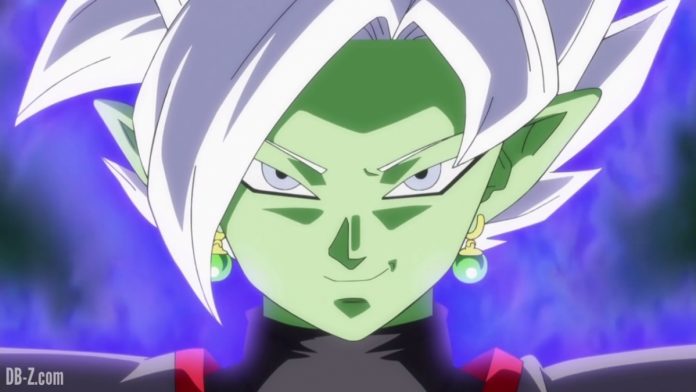 On the previous episode of “Dragon Ball Super,” Son Goku and Vegeta managed to battle Zamasu and Black Goku to a standstill, but all their attempts at defeating the two failed. The time machine was blown to pieces, so there goes their only chance of escape. The Mafuba jar was also inside the time machine, now Future Trunks has to put the jar back together. Is this going to be their last stand?

As seen in the preview trailer, it looks like the long-rumored fusion between Zamasu and Black is finally going to happen next week in “Dragon Ball Super” episode 64. Titled “Praise and Adore Him! The Explosive Birth of Merged Zamasu,” the episode will show Goku and the rest in a heap of trouble.

But before that happens they will continue to fight and the preview showed that Goku will get the chance to use Mafuba on the two. Unfortunately, it probably won’t work because the next scene shows a glowing Zamasu/Black merged together. The two are already dangerous before they fused. Now that they are one, what can Goku and Vegeta do to stop them?

Sources say Zamasu and Black will fuse using the Potara earrings, so they won’t be doing the silly fusion dance that others do in order to fuse. Ever since the two characters were introduced, fans have been saying that a fusion was going happen because of the Potara earrings they were wearing. Now, it is finally going to happen.

Some reports say that Vegeta may die during the battle and this will motivate Goku and Future Trunks to find a way to defeat the fused Zamasu/Black. Right now, things don’t look too good for the protagonists.