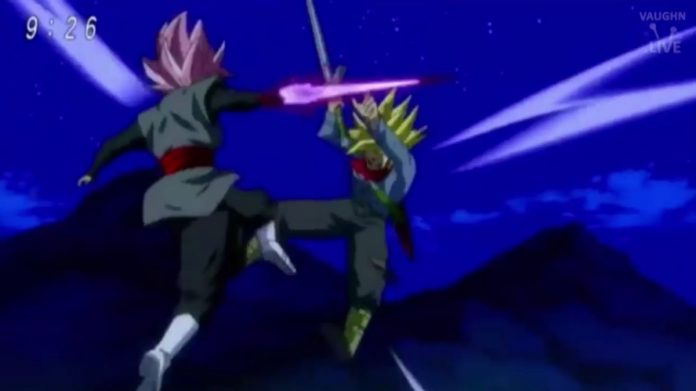 Son Goku and Vegeta will travel back to the present world to find a way to beat the antagonist Black Goku in the upcoming, brand-new installment of “Dragon Ball Super” episode 63.

It can be recalled that the heroes discovered from Piccolo a new technique called the Mafuba, which can potentially stop the villain and his fellow big bad, Zamasu. However, the Mafuba jar is broken and it might be up to Future Trunks and his skills to fix it.

Titled “Don’t Defile Saiyan Cells! The Curtain Rises on Vegeta’s Intense Battle!!” the preview for episode 63 reads, “The Time Machine and the Mafuba jar are both broken by Zamasu. What special skill does Trunks use to repair the jar? With Saiyan pride in his heart, Vegeta challenges Goku Black! Now that they’ve found a breakthrough solution, Goku and Vegeta return to Trunks, who’s in the future fighting against Zamasu and company! Vegeta faces off against the fake Saiyan, Goku Black!”

It is expected that there will be a continuation of the epic fight between Trunks and the evil duo first. Trunks is predicted to utilize his sword while Black Goku uses his Rose blade ability. When the former seems to be on the losing end, after receiving critical hits, Goku and Vegeta will suddenly return to the battlefield just in time before the opponent inflicts life-threatening damage to Trunks.

Afterward, Vegeta has a full head-on melee with Black Goku. In order to match the Super Saiyan Rose transformation of the latter, the former will be in his Super Saiyan Blue form utilizing all his powers.

On a related note, it is deemed that Goku will not die when he gets to use the Mafuba. Apparently, its previous users Roshi, Mutaito and Tien have all met their demise after getting their hands on the precious item.