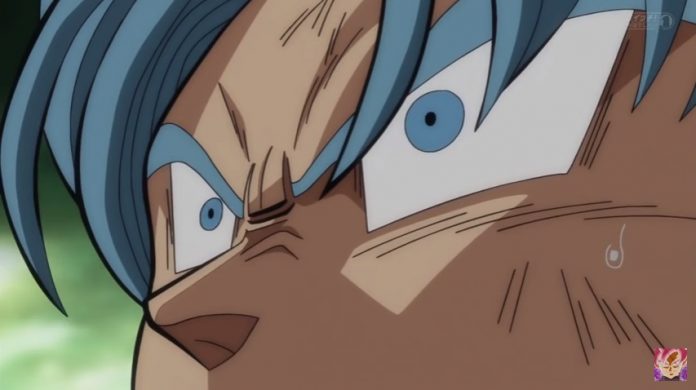 The “Future Trunks” story arc is still ongoing as it may well seem to feature the grown-up Trunks to be next in line to battle the seemingly unbeatable tandem of Son Goku’s demonic doppelgnger, Goku Black and the kaioshin Zamasu.

It can be recalled in previous episodes that Zamasu revealed to Son Goku and the rest of his team that his equally devious buddy, Goku Black was somewhat a possessed version of Son Goku from the future as he further explained that he successfully located the so-called Super Dragon Balls and summoned the Golden Dragon. Zamasu went on saying that he made a wish to the said dragon to transfer his inner persona to the Son Goku of his time, hence the fruition of such entity.

Having said that, the Z Warriors gave their best shot in defeating the two as they were dumbfounded with another revelation that the antagonists blurted out their plan of wiping out all of mankind from the face of the planet. Unfortunately, all of them, including Son Goku, were severely wounded during the fight rendering them unable to go on.

Hence, it was abovementioned that Future Trunks will be the one to fight both Zamasu and Goku Black. It is said that he might be acquiring a new skill that might finally shake the duo. In addition, reports also suggest that the Namekian Piccolo could hold the key in eventually weakening their godlike foes.

It is said that Piccolo will be suggesting a move that will somewhat hold the two powerful beings in some sort of a containment unit which even they could not break out of in the event that they are caught.

Moreover, it was reported previously that Vegeta will also rise to the occasion as the succeeding episodes are said to feature Future Trunks being fatally wounded enraging the former.