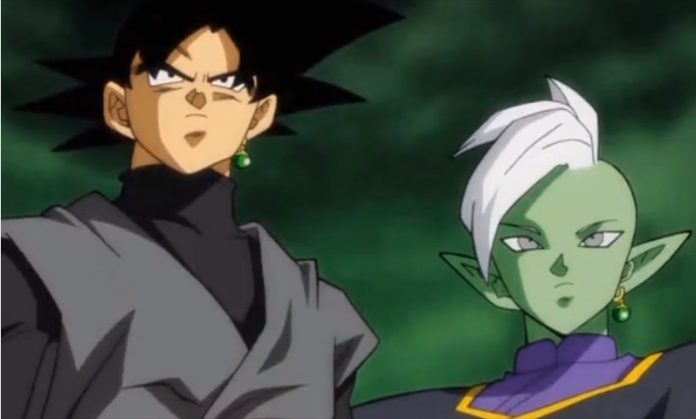 Just when every fan thought that episode 59 of “Dragon Ball Super” could mean brighter days for Son Goku and the rest of the Z warriors, it seems that they’re about to delve into deeper trouble as the succeeding episode could be featuring Goku Black’s hidden alter ego which is believed to be more powerful than ever.

As per the episode 60 preview, it is suggested that Zamasu wasn’t completely defeated after all as he was featured together with Son Goku’s equally powerful doppelgnger, Goku Black. Moreover, there is a scene where the evil lookalike shows off his time ring. Vegeta, already in his Super Saiyan god form, tries to thwart whatever Zamasu and Goku Black are planning and immediately charges toward the latter.

Moreover, there are substantial fan theories that the recent misfortunes of Vegeta would trigger him to transform into another form rendering him more powerful than Son Goku. For the uninitiated, Vegeta was fatally wounded by Goku Black in the previous episodes of the anime series, not to mention the untimely demise of his wife and heir to the Capsule Corporation, Bulma.

Aside from the rumored newfound power up of Vegeta, his son, Future Trunks, on the other hand, will also be acquiring new powers that would definitely feel that the two godly antagonists have signed their death warrants.

Fans are now assuming that Goku Black and Zamasu, albeit the fact that he’s deathless, could be finally meeting their ends eventually closing the “Future Trunks” story arc and moving on to the next. However, these speculations have yet to be seen in the next installment and should be taken with pinches of salt.

Meanwhile, fans need not wait that long as the upcoming episode dubbed “Back to the Future: Goku Black’s Identity is Revealed” is slated to air this Oct. 2.